WABC
By Mark Osborne, ABC News
SALEM, Ore. -- A group of Republican state senators in Oregon remain in hiding after walking out of the state Capitol over refusing to vote on a climate change bill.

Eleven Republicans refused to show up to work on Thursday and went into hiding in protest of HB2020, a bill that establishes a carbon cap, in order to reduce greenhouse gas emissions. Industries that emit carbon dioxide -- power plants, manufacturers, etc. -- would have to buy an "allowance" for each metric ton emitted, thereby reducing the incentive to produce carbon dioxide in the first place.

But the purchasing of allowances would likely mean costs are passed down to the consumers, and prices for gas or diesel would increase -- a position untenable for the Republicans holding out from a vote. Rural Oregonians, who drive longer distances, and farmers, who use heavy machinery, would likely be disproportionately affected.

Without a quorum, the legislature cannot legally vote on the bill.

The stalemate continued into the weekend.

The senators are being fined $500 per day as they skip out on work.

A GoFundMe account was started to raise money to pay off the absentee politicians' fines, which had raised over $37,000 in two days as of Saturday night. State ethics laws prevent the senators from accepting the money, however, unless the donations are tracked through the government's filing system, called Orestar.

"Public servants are chosen by and entrusted to represent their constituents, and working for the people of Oregon is an honor and a privilege," Kate Kondayen, deputy communications director for Oregon Gov. Kate Brown, said in a statement Tuesday as legislators threatened the walkout. "Playing games and avoiding tough conversations is a dereliction of that responsibility and trust."

"Governor Brown has always dealt fairly and transparently with the Senate Republicans, and trusted them when they gave their word they wouldn't engage in further walkouts earlier this session," Kondayen continued. "She expects them to honor their word and if not is prepared to call upon those resources available to her -- including authorizing state troopers to bring senators back to the Capitol and, if necessary, calling legislators back to Salem to complete their work over the summer."

GOP senators walked out earlier in the legislative session over an education funding bill, but that impasse was quickly broken when Democrats agreed to kill two other bills, according to KATU.

State troopers were indeed searching for the senators on Friday and Saturday, Brown said.

They were unlikely to find state Sen. Tim Knopp, who told KATU on Friday he was not even in Oregon anymore.

"I am in a cabin near a lake," Knopp said during a Facebook video chat interview. "And that's about all I can tell you."

Knopp criticized Democrats calling for their return in an interview with KATU, saying they were "hypocritical" due to a walkout staged by House Democrats over a redistricting bill in 2001. Brown, who was Senate minority leader at the time, called those actions "very appropriate" in an interview with The Associated Press.

The walkout got even stranger on Friday, when Democratic state Sen. Elizabeth Steiner Hayward tweeted a text message she had received, saying, "The Senate will not be meeting tomorrow (Saturday). The State Police Superintendent just informed the Senate President of a credible threat from militia groups coming to the Capitol tomorrow."

No such militia showed up on Saturday, but the Capitol hallways were empty. 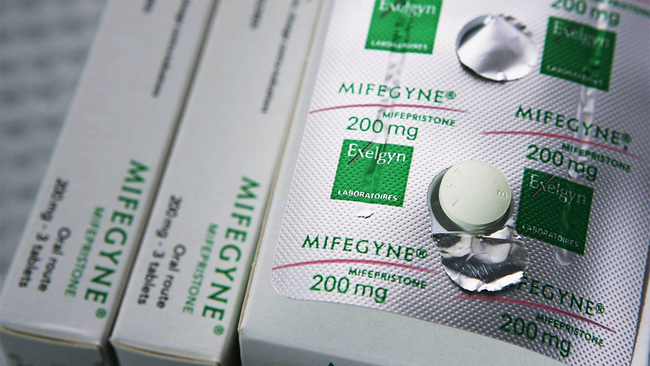