WABC
By Naveen Dhaliwal
NEW YORK (WABC) -- President Donald Trump has agreed to lift a hold on more than $8 billion in Puerto Rico disaster aid, funding Congress had already approved two years ago to help the territory after Hurricane Maria.

But protesters still rallied outside Housing and Urban Development offices in Lower Manhattan and other cities Wednesday, claiming the department owes the island $20 billion.

Eyewitness News asked HUD Secretary Ben Carson why the administration is just now lifting the hold, and he said it has to do with how they were going to allocate the money. He said Puerto Rico's government has been corrupt, and they wanted to ensure taxpayers' money was going to the right place.

The protests were held in New York City, Philadelphia and Washington, DC, with demonstrators angry that all the money Congress authorized has not been delivered.

It was supposed to help with repairs for tens of thousands of homes, flooding zones and landslides, and modernizing the electrical grid.

Officials say a lot of that work still needs to be done, and now with the recent earthquakes, there's more devastation.

Dr. Carson says that with President Trump lifting the hold on $8 billion of HUD money, it will allow it to be used for repairs.

"The amount of money that they have already from the first tragedy, $1.5 billion, less than 2% of it has been drawn on, so it's going to be a long time before they even use that," Dr. Carson said. "It's mostly an emotional argument. It's not an argument that they're going to run out of money. That's never going to happen."

He said they have a plan in place to ensure that it goes to those in need and not into corrupt hands, but it's too little too late for critics.

"As far as we are concerned, Congress authorized these funds 700 days ago," said Erica Gonzalez, Director of Power for Puerto Rico. "So in the meantime, the clock has been ticking on Puerto Rican lives. We've seen this natural disaster hit, we've seen the destruction, we've seen a school building collapse, and those are funds that should have gone towards large scale reconstruction work such as supporting communities, buildings, repairing tens of thousands of homes."

Dr. Carson said the money will be given in increments to make sure it's used properly. 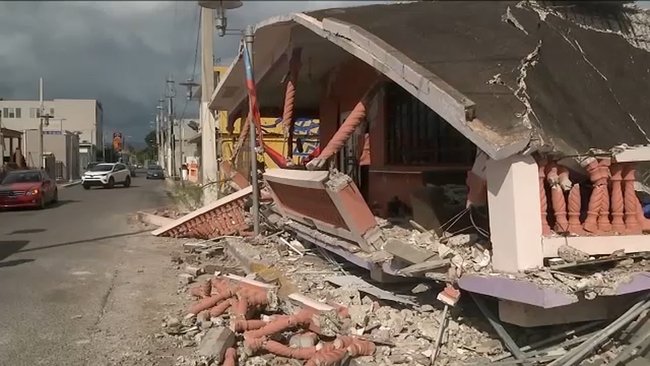