Why Kamala Harris is heading to Guatemala, Mexico 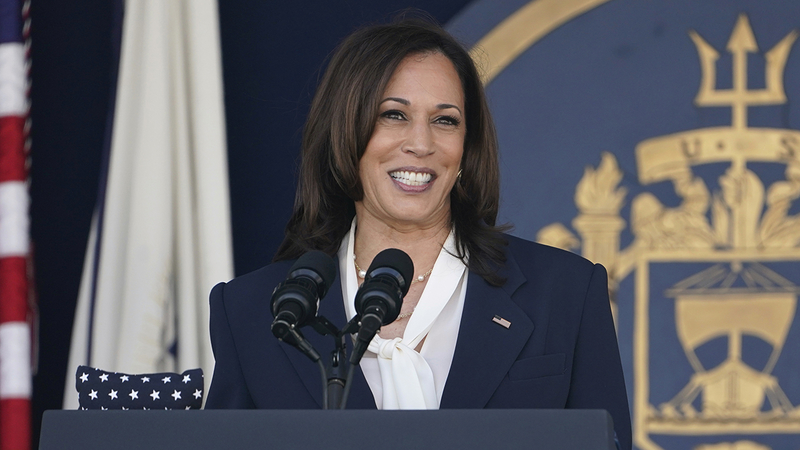 WASHINGTON -- Kamala Harris leaves for Latin America on Sunday under intense political pressure to stem the flow of migrants to the US, with lots of people asking what she's doing heading out on her first foreign trip as vice president before releasing a comprehensive strategy.

The answer, according to people close to her, is that she's putting in the leg work to help inform the administration's strategy -- and her own -- for dealing with the tough assignment she's been handed.

She's going to Guatemala and Mexico this week not to implement a one-and-done solution, but rather treating it as a fact-finding mission. The approach -- and the studying up she's been doing before her departure -- is classic Harris.

"We're still in the information-gathering mode, getting very close to being able to finalize it," a White House official told CNN. "The visit will certainly play a role in forming the Biden strategy."

The stakes are high for the first woman of color vice president now entering the international stage and doing so against the backdrop of a growing number of migrants arriving at the US-Mexico border. In April alone, US Customs and Border Protection encountered more than 178,000 migrants, 44% of whom were from Central America.

Despite the political risks the assignment carries, Harris sees it as an opportunity to enhance her foreign policy bona fides. She and her team are hoping for some short-term victories that will allow them to demonstrate progress, like the recent commitment from 12 private companies and organizations to invest in the Northern Triangle.

One official described a collective feeling of accomplishment after that announcement, in part because Harris knows that fostering stability in the region will hinge not just on government assistance, but also partnerships with multilateral organizations and the private sector -- as well as getting buy-in on the strategy from governments in the region.

"It is so easy to view the immigration issue as merely a political one -- where the US dictates and people follow -- but she views it very differently," said Jeff Tsai, who was one of Harris' closest advisers when he worked as special assistant attorney general of California between 2013 and 2015. "She approaches this as a two-way, mutual conversation, because the solution is mutual."

A hands-on approach to policy-making

Harris now has not one but two near-impossible tasks in her portfolio less than six months into office. She was already in charge of stemming migration from three Central American countries -- a long-standing problem fraught with political minefields. Last week, Biden assigned her one of the thorniest, and most partisan, issues on his agenda -- the effort to safeguard voting rights. The two assignments come at a time when Democrats are trying to hold on to their narrow majorities in the House and Senate, a heavy political burden laid squarely on the vice president's shoulder.

Confronting those challenges, Harris is doing what she's always done in the face of a difficult task. She's doing her homework.

Trained as a prosecutor who immersed herself in the fine details of her cases, Harris has sought detailed explanations from aides and experts in closed-door briefings and roundtable discussions to tease out underlying problems in Mexico and the Northern Triangle countries of Guatemala, Honduras and El Salvador.

For those who have worked with her, those probing exchanges are indicative of the hands-on way the vice president has long approached complex policy issues -- from her days as San Francisco district attorney, to attorney general of California, to US senator.

Former aides describe Harris as meticulous and thorough when engaged on the issues she cares about most. When it comes to criminal justice and immigration, several noted how she often insists on shifting the conversation beyond the symptoms of a problem, toward understanding the root causes and how to address them at their source, with a particular focus on the people who would be most impacted by her own policy decisions.

"She is very much someone who wants to understand things from a human-centered perspective," said Sergio Gonzales, the executive director of the Immigration Hub and former senior policy adviser to Harris when she was a senator.

Gonzales recalled that Harris would push staff to consider the impact of policy on recipients of the Obama-era Deferred Action for Childhood Arrivals program, which shields undocumented immigrants who came to the US as children from deportation. "How much is a filing fee?" and "What's their average income," would be frequent questions from the then-senator.

Those who have observed her in recent weeks say that she appears to be applying that same approach to devising policy for stemming the flow of migration from Central America, a problem that has confounded administrations for years.

Building on her past experience with the region

Harris' critics have questioned her credentials for this portfolio, but she has dealt with immigration and human trafficking issues -- as well as efforts to root out transnational organized crime -- throughout her various roles in government. And she brings an unusual perspective to the vice president's office, coming from a border state that has welcomed immigrants and passed laws to protect undocumented immigrations from federal immigration officials.

One of the first trips she took as attorney general of California was to Calexico to tour a drug-smuggling tunnel along the California-Mexico border. In 2014, she led a bipartisan delegation of state attorneys general to Mexico, striking an agreement with leaders there to enhance information-sharing on the activities of transnational gangs and participate in joint training sessions on money laundering.

While trying to forge collaborations with those partners, she was "obsessed" with ensuring they understood that she was talking "with them," and "not to them," said Tsai.

He noted that the strategy was central to building trust with her counterparts in a region as they tried to deal with a politically fraught issue: "It doesn't take that much imagination to see a scenario where trust could, at a moment's notice, break down. The wrong word is uttered, the wrong type of concept is conveyed, and all of a sudden, what was otherwise a tenuous trust issue has now broken down into a no trust issue," Tsai said. "So that's a tightrope, not unlike the tightrope, that now Vice President Harris is being asked to walk."

Harris also believed that one of her greatest strengths as attorney general was the "power to convene" -- the ability to summon people with disparate interests into one room to solve a problem when she had limited government resources to spare. She used that approach in 2014 when she dialed up the managing partners at some of the biggest law firms in the country asking them to send representatives to a meeting at her office so she and her team could help pair them up with immigrant advocacy groups to expand the legal representation of the unaccompanied minors from Central America who were streaming across the border.

One former adviser recalled how she persuaded the lawyers assembled in her office to commit to a certain number of hours of pro bono work by walking them through the harrowing experience those children had coming across the border alone -- which she had learned about firsthand during visits with advocacy groups -- and then laid out "the very stark differences in outcome for those children who have representation and those who don't."

Many of those same issues have resurfaced again as she takes on this new role as vice president. She is once again attempting to portray her work as a team effort with the leaders in the countries she's visiting. Days before her trip, she spoke to the leaders of Guatemala and Mexico to relay the administration's decision to include their countries in the first allocation of 25 million doses of Covid-19 vaccines. Eighty million will be shared globally by the end of June, the White House has said.

It's a welcome announcement for Central America, where Covid-19 cases and deaths have soared. But it only addresses one part of a tangled web of issues. The pandemic, coupled with the devastation wreaked by two major hurricanes last year, exacerbated long-standing issues in the region. The Congressional Research Service projected the decline in economic growth in 2020 would worsen income inequality and poverty in the region.

A key challenge in addressing those issues will be navigating the governments of Guatemala, Honduras and El Salvador, all of which face varying governance issues.

In January, for example, US federal prosecutors said Honduran President Juan Orlando Hernández helped an alleged drug trafficker deliver thousands of kilos of cocaine to the United States in exchange for hefty bribes -- a claim the Honduran Presidency rejected as "100% false."

Harris has publicly called out El Salvador, singling out the Parliament that recently dismissed the attorney general and top judges as undermining its nation's highest court, but she's not yet called the leaders of El Salvador and Honduras.

Senior staff members say Harris will try to deepen the United States' "strategic partnership and bilateral relationship" with Guatemala and Mexico during her trip. She's also expected to sign agreements with each country focused on border security, corruption and on advancing economic opportunity, Juan Gonzalez, the National Security Council's senior director for the Western Hemisphere, told Voice of America. A White House official said Harris is also expected to discuss the next round of funding for Northern Triangle countries on the trip, after announcing in April that the US would send $310 million in humanitarian aid.

One of the diplomatic challenges for Harris in Mexico is how she will strengthen the administration's relationship with Obrador -- who built a strong alliance with former President Donald Trump -- and whether she will broach the alarming level of violence in that country when they meet. Since last September, at least 88 politicians or candidates for office have been killed, according to Mexican consulting firm Etellekt Consultores. The motives behind the killings are unclear, but many are believed to be linked to organized crime and the fight for territorial control.

Harris is also expected to meet with community leaders, innovators and entrepreneurs in both countries, underscoring the Biden administration's emphasis on collaborating with international organizations in the region.

While she has spent the past few weeks trying to get up to speed quickly on a broad array of issues, she acknowledged last week that she hadn't had as much time as she would have liked to brush up on her Spanish before the trip.

"One of my regrets is that I'm not fluent in Spanish," she said. "I will have my conversations in English so as not to embarrass myself."