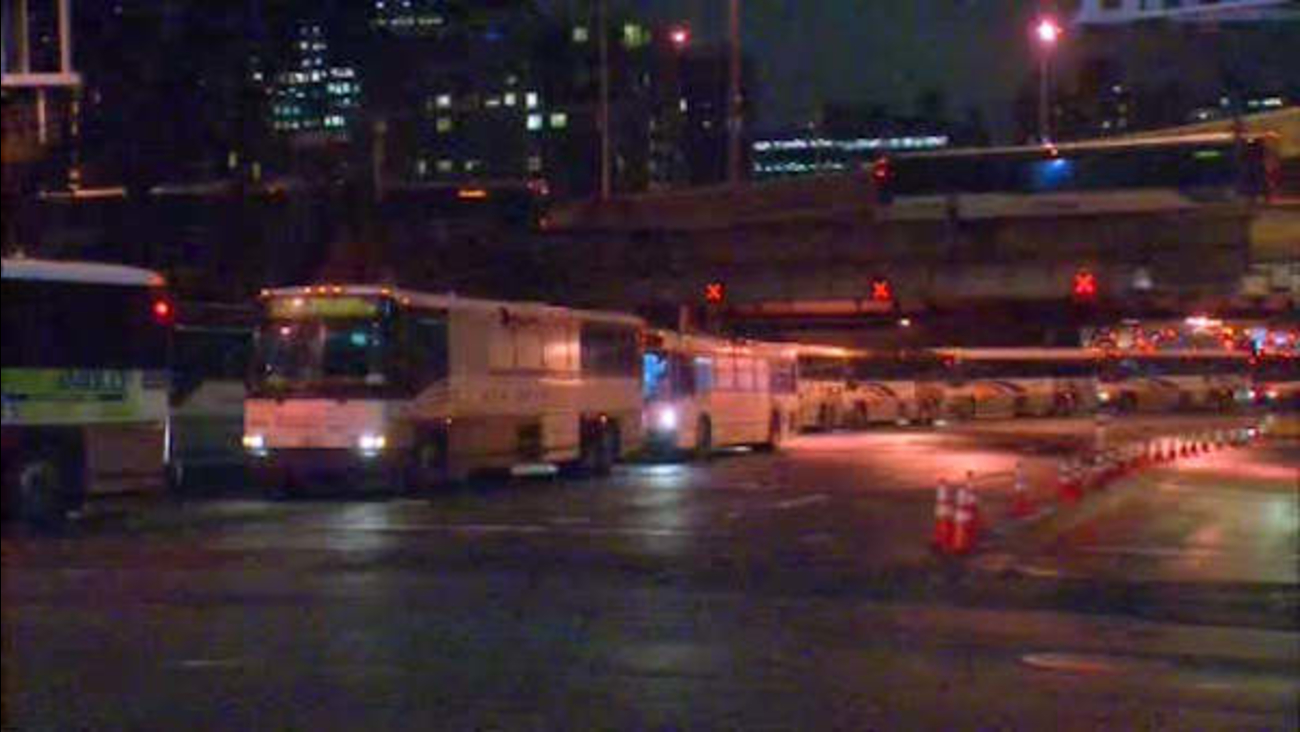 MIDTOWN (WABC) -- Police are investigating the death of a man who was struck and killed by a bus at the Port Authority Bus Terminal Thursday.

The incident happened at around 5 p.m. at the depot and led to extensive delays during the evening rush hour.

The 67-year-old man, from Garrison, was pronounced dead at the scene.

Police aren't releasing his name while working to notify his family.

The circumstances of the incident are under investigation. It is unknown which company or agency owned the bus.

Pentangelo says the bus driver stayed at the accident scene.

Buses were delayed, and long lines formed at the terminal.

Port Authority officials say terminal staff worked to set up alternate operations, but they urged customers to seek other modes of transportation if possible during the evening rush.

New Jersey Transit cross honored for bus passengers who are able to take the train to get home.