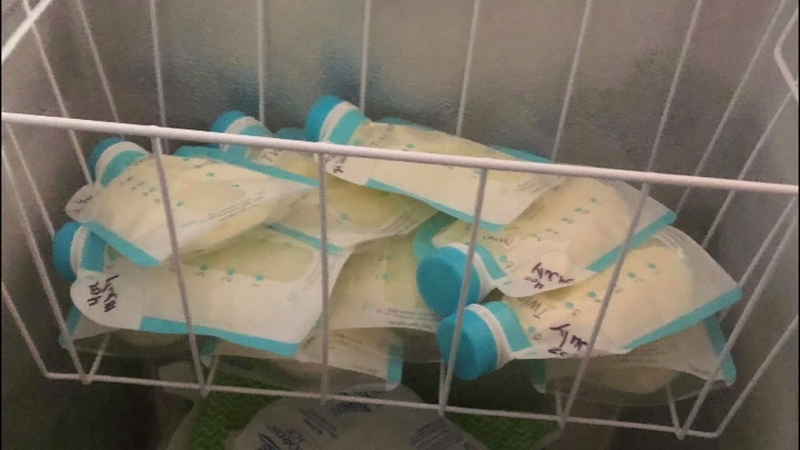 Mom out 300 ounces of breast milk after USPS destroyed it

FAYETTEVILLE, North Carolina -- A North Carolina mother is out 300 ounces of breast milk after it was lost and then destroyed by the United States Postal Service.

Lauren Carroll, of Fayetteville, says she trusted the USPS to ship her frozen breast milk overnight. One week later, it had still not been delivered.

Carroll is a mom to two children, including 7-month-old Alexander. She's also a Logistics Officer with the U.S. Army.

Recently, she was called up to active duty from the reserves and had to make the move from Fayetteville to Pennsylvania.

"I moved up here and had to find a house and get all of my household goods from Fayetteville to Pennsylvania," she said.

She took her son with her, while her husband, also active duty stationed in Fort Bragg, stayed in Fayetteville with their daughter.

Once she was settled in with the Army in Pennsylvania, Carroll needed the frozen breast milk.

"He was eating more than I was pumping, so I knew I was going to run out if he didn't mail it out," Carroll said.

On July 18, Carroll's husband took the 300 ounces of frozen breast milk to the Fayetteville Post Office.

"He packed it in a Styrofoam cooler, packed it in dry ice, told them what it was and explained it," she said. "And they were pretty good with him about it. They knew what it was."

He paid $122 for the package to be overnighted and insured.

USPS tracking showed the package left Fayetteville on July 18 and oddly arrived in California on July 20. It hasn't been seen since.

"Anytime I call, 'We don't know where it is,'" she said. "I'm shocked that they could lose something like this and not be bothered to track it."

Carroll is devastated, saying that frozen breast milk would have fed her son for at least 20 days.

"What am I supposed to feed my son?" she said. "He can't take formula. It makes him sick."

Carroll said she spent countless hours on the phone with the USPS trying to track the breast milk.

"I've lost the milk," she said. "I've moved past that two days after it was gone, but the company should not have let this go on for so long. For this package to be missing for six days, then what good are your services?"

The USPS issued the following statement:

"The Postal Service appreciates its customers and strives to provide excellent service. Every customer and each piece of mail is important to us. When mail service issues do occur, we take steps to quickly resolve them. We sincerely apologize that this package was not delivered as addressed and we will refund the customer's postage. As one of the largest employers of military veterans and their families, we are a proud supporter of all active duty military and veterans."

Carroll finally got closure as to where her breast milk ended up, as she said USPS confirmed the package was damaged and sent to the mail recovery center and disposed of by the USPS.

Carroll is speaking out to make sure this doesn't happen to anyone else.

She added that it's common for moms in the military to ship their stored frozen breast milk when duty calls.

In her case, she said it was the only option since both she and her husband are active duty, and they can't see each other until they both have a weekend off together.