NY hospital workers save colleague, who wakes from coma with new heart 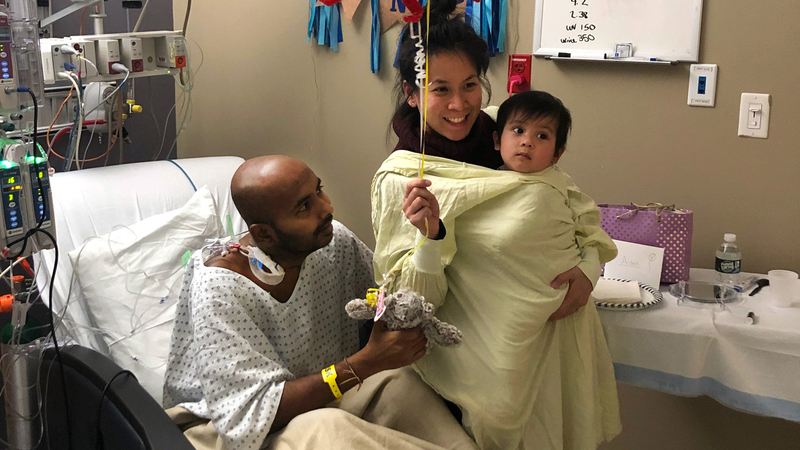 Hospital workers save colleague, who wakes from coma with new heart

VALHALLA, Westchester County (WABC) -- The health care professionals at Blythedale Children's Hospital in Valhalla help sick children every day, but staffers recently jumped into action to save the life of a colleague who suffered a massive heart attack.

"He was dead," said Dr. Kathy Silverman, who responded to the "code blue" that was announced over the PA system. "He needed to be defibrillated. We delivered a shock within seconds, and we got his heart rate back."

Ananthasingam was rushed to Westchester Medical Center, where doctors determined his heart was so damaged that he was placed on an emergency transplant list.

The 41-year-old Ananthasingam says he had no symptoms of heart disease and emerged from a coma three weeks later with no recollection of what had happened.

"I was completely shocked," he said. "I could not believe I had a heart transplant."

He returned to work earlier this year, grateful to be alive.

"I don't even know to say thank you," he said. "I feel like I was given another chance to live. I just look forward to waking up every day."