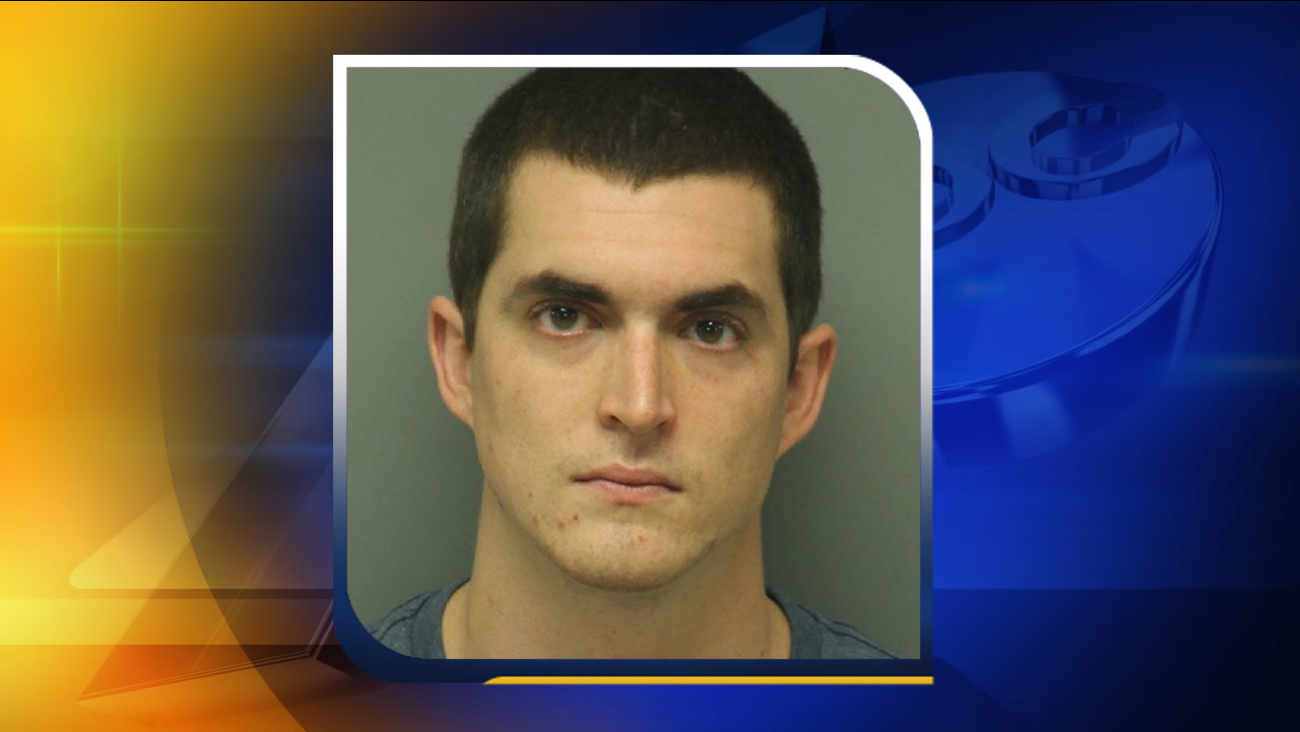 RALEIGH -- The Raleigh Police Department has charged a man with murder following the death of his pregnant girlfriend.

Detectives say 25-year-old Kimberly Dianne Richardson was shot just after 9:30 p.m. Saturday in the 3600 block of Sumner Boulevard. The area is just south of Triangle Town Center and east of Capital Blvd.

In a disturbing 911 call released by police Sunday afternoon, Richardson asks for help.

"Help, I've been shot ... I can't talk ... he shot me ... please hurry" are some of the things Richardson tells the operator as she is clearly losing consciousness in the call. The call ends with the sound of an ambulance siren in the background.

Richardson was rushed to WakeMed where she died early Sunday morning.

Daniel Joseph Steele, 25, was arrested at his home on Snowcrest Drive a short time after the shooting.

Police say Richardson and Steele had been dating. Richardson was 6-months pregnant.

Doctors were able to save the infant, a girl. She is hospitalized at WakeMed.

Wake Forest resident Kristi Biggerstaff was eating at a restaurant nearby and says she heard a single gunshot.

"It was really loud," said Biggerstaff. "I knew that there was something very bad going on, so at that point I started praying."

"I just can't imagine any human being that would take someone's life like that, that was just really terrifying to me," said Biggerstaff. "He just had no concern for this woman and this child."

ABC11 learned Richardson was shot not far from where she worked. The 25-year-old was holding down two jobs as she was preparing to bring her daughter into the world. She was putting in hours at Zales at Triangle Town Center and Carolina Moon.

"We are deeply saddened by the loss of an amazing employee and friend," said Carolina Moon store manager Kayla Fillinger. "Kim could put a smile on anyone's face and she was so thrilled to become a mother. This is such a tragedy and we are all praying for her family and baby girl."

A Give Forward page has been set up for Richardson's family called "Flowers for Kimberly" to help with funeral costs. To donate, click here.