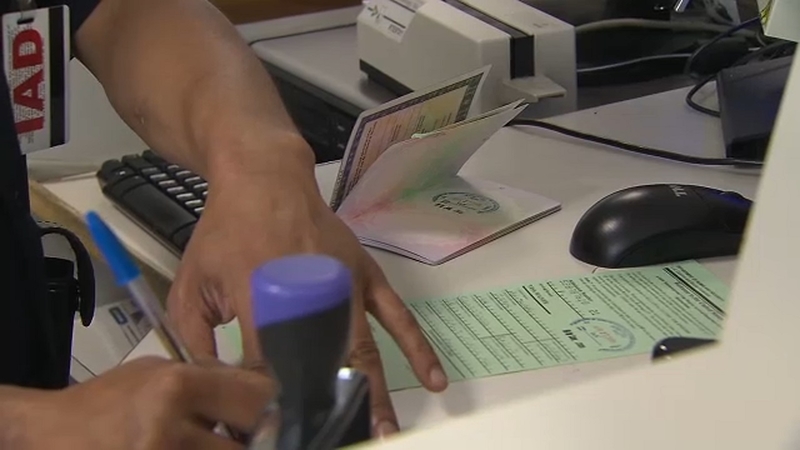 NEW YORK (WABC) -- It is the latest Trump Administration move that is aimed squarely at dramatically changing immigration policy. A proposal that would make it harder for foreigners living in the United States to qualify for permanent residency if they've received public benefits like Medicaid, public housing or food aid.

Reaction from immigration advocates on Saturday was swift.

"It's just another example of malevolence by this administration against the immigrant community. Communities that come here that work, that contribute to the economy," said Claudia Calhoon of the NY Immigration Coalition.

The Department of Homeland Security's proposal would drastically expand the definition of who is considered a 'public charge.'

Decades-old guidelines narrowly define public charge to be a person 'primarily dependent on the government for subsistence.'

Secretary of Homeland Security Kirstjen Nielsen says the new rule would promote immigrant self-sufficiency and ensure that they are not likely to become burdens on American taxpayers.

Immigrant advocates call it an effort to cut legal immigration without going through Congress.

"The proposed changes mark a dramatic escalation in the Trump Administration's attempt to strip immigrants of their legal status and criminalize poverty in communities of color across this country. Trump is targeting immigrant families - including U.S.-born children."

"This heartless proposal again reveals the Trump Administration's deep disdain towards immigrants and their children, especially immigrants of color."

Other advocates point out, this it would not penalize the undocumented, rather those who followed the rules.

The changes would apply to those seeking visas or legal permanent residency. They will not affect those applying for citizenship.