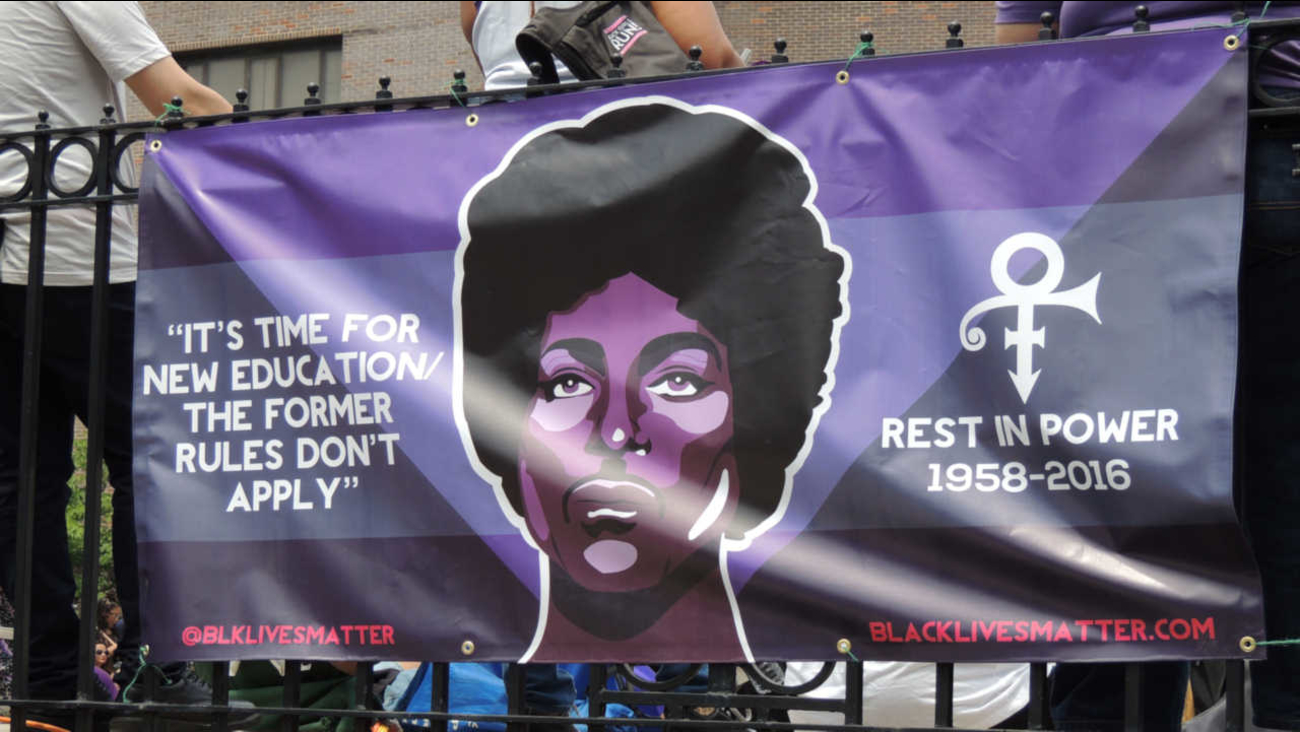 A poster bearing the likeness of the entertainer is attached to a railing at the "Prince Born Day Purple People Party" in New York, Saturday, June 4, 2016. (Nekesa Mumbi Moody)

NEW YORK -- The dress code was purple, getting down was a requirement and plenty of people obliged as Prince was celebrated at a Spike Lee party ahead of what would have been the late legend's 58th birthday.

This is not the first celebration Lee has thrown for Prince: When he died on April 21, hundreds of people showed up for an impromptu dance party on a Brooklyn block.

Lee has also held a similar celebration in honor of Michael Jackson in the years since his 2009 death.