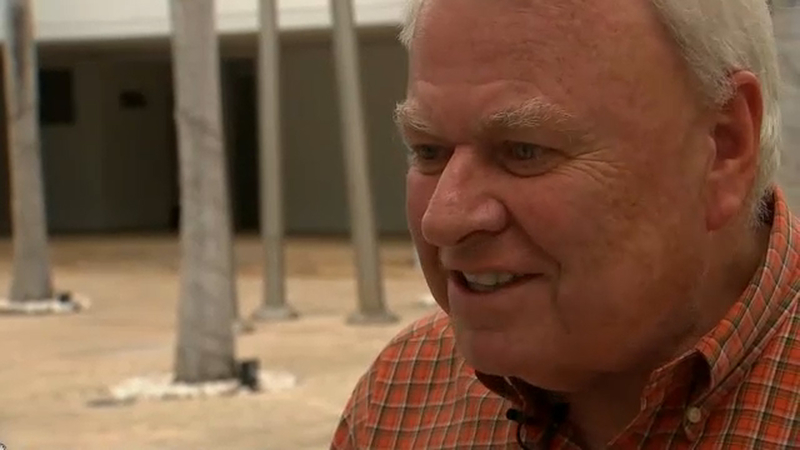 YABUCOA, Puerto Rico (WABC) -- Thursday marks one year since Hurricane Maria made landfall in Puerto Rico as a powerful Category 4 storm, decimating the island and contributing to the deaths of nearly 3,000 people.

The recovery process has been long and slow, from rebuilding roads and homes to restoring power that for some was out for months.

Hundreds of people have been hard at work to return life to normal for these American citizens, and the man overseeing the recovery is a familiar face to the New York community -- former FDNY Commissioner Tom Von Essen.

The blue tarps are not as numerous as they once were, but a closer look reveals the temporary rooftops scattered across the Puerto Rican landscape. They are tell-tale signs of a highly criticized federal storm response that continues one year after Maria ravaged this Caribbean paradise.

"Everybody here is finishing up all the debris removal, making sure that the roads are working, the bridges," Von Essen said. "A lot of bridges are in the process of being repaired."

Despite President Donald Trump's claims, Von Essen does not question the death toll of 2,975 people who died because of the storm. It is a figure that breaks the heart of a man who, throughout a long and distinguished career in public service, has personally witnessed tragedy time and time again.

"I grew up in the fire department," he said. "One dead, it's a nightmare. That's a big deal. You can't celebrate that. We're not celebrating this. We've got 3,000 people down here working their butts off trying to go forward and make it better for the future so it doesn't happen again."

A year later, and so much work still needs to be done. The slow pace and the endless bureaucracy often frustrate Von Essen, who has speed and efficiency flowing through his veins.

"These folks down here deserve the help," he said. "They're getting it. It's just taking us some time."

Eyewitness News reporter Joe Torres is in Puerto Rico to cover the storm recovery one year later. CLICK HERE to view his reports, as well as other stories about Puerto Rico.