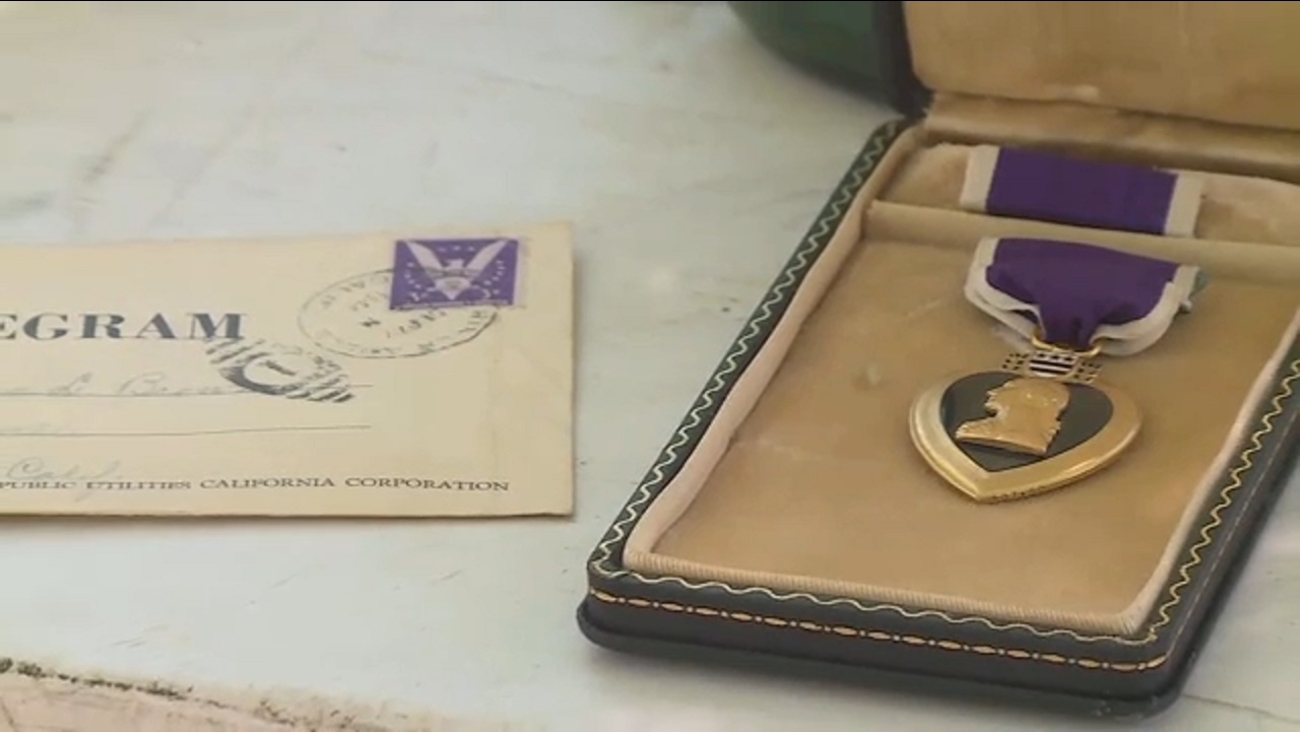 A Purple Heart Medal was found in an abandoned storage locker in California. Now the two men who found it are trying to find the veteran's family.

Brian Cox often buys abandoned storage lockers at auctions and sells what he finds, but he and his friend Paul Clark never imagined to stumble on a Purple Heart medal.

They also found a telegram addressed to a Mrs. Bertha L. Brown dated September 21st, 1944 saying their son had been killed,

The name 'Robert W. Brown' was inscribed on the back of the medal.

"It was kind of a surreal thing, someone gave their life for that, we said 'we need to find the family,'" Clark said.

Cox said he has not been able to contact the owner of the storage locker, who apparently abruptly stopped making payments on the locker about a year ago.

However, for Cox, whose father and grandfather were both in the military, returning the medal hits close to home.

"I know if it's my family, they may not even know about it, so that would be something I would want," he said.

The Purple Heart is given to U.S. service members who are wounded or killed in combat.

The U.S. Department of Veterans' Affairs has described it as the 'nation's oldest military award.'

Now the collector hopes the public can help reunite the respected medal to the Brown family - he doesn't want a profit, he just wants to make sure it gets back where it belongs.