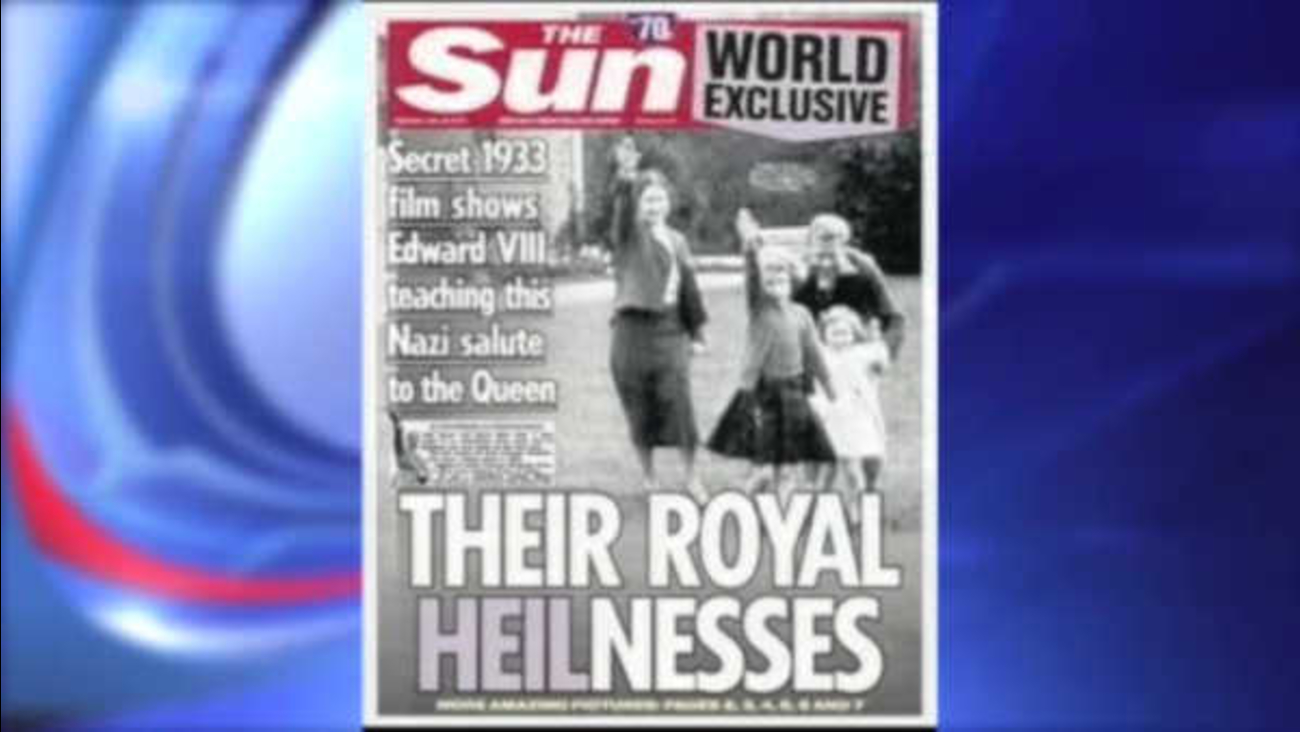 LONDON (WABC) -- There is outrage from the British Royal Family after a newspaper published images of Queen Elizabeth giving what appears to be a Nazi salute.

"The Sun" released a picture from an old home movie of 6-year-old Elizabeth raising her right arm, along with her mother sister and uncle, the future King Edward.

Buckingham Palace called it 'disappointing' that a film, shot eight decades ago was being exploited by the paper.