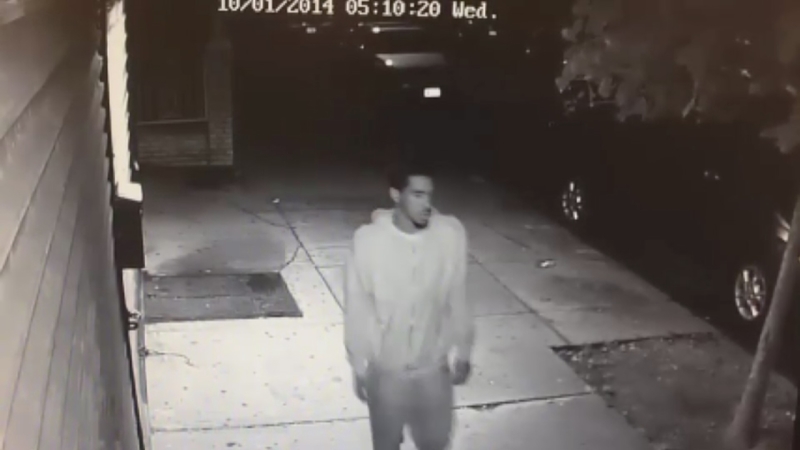 QUEENS, N.Y. (WABC) -- The NYPD has released video of one of the suspects wanted in a Queens slashing that left a woman in critical condition.

The 26-year-old victim was found on a sidewalk on 171st Street between Jamaica and 90th avenues in Jamaica at about 5:25 a.m. She was rushed to Jamaica Medical Center, where she has since been upgraded to serious condition. Police aren't releasing the woman's name.

Passersby found her body on the street. No arrests were immediately made.

According to police, the incident happened inside a nearby apartment building around Wednesday morning. Somehow, the victim made it outside to a nearby sidewalk, where people walking by found her and called for help.

The victim had no identification on her, and authorities are looking into whether or not she was a prostitute. Authorities say the building where it happened is a known drug and prostitution location.

The surveillance camera captured the victim walking into the building with a man, and a second man who was walking his dog and held the door for them.

Police believe the victim was approached by a man who propositioned her in the lobby. She reportedly blew him off and walked away, but the suspect ran back to her, grabbed her from behind and slashed her neck.

She stumbled out and tried to make it across the street, but collapsed on the sidewalk.

Police say she had defense wounds on her hands, was bleeding heavily and could not speak further.