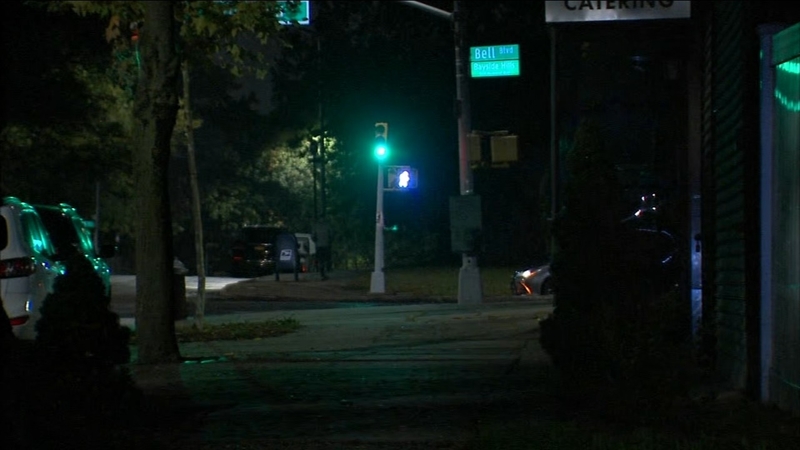 BAYSIDE, Queens (WABC) -- Police are investigating the death of a woman whose body was found behind a bush near an expressway in Queens.

Pierre had bruising around her neck as well as a black eye. She was found face down.

Police say she was wearing red pajamas, an orange t-shirt, one sock, and a white sweatshirt wrapped around her neck.

The medical examiner is trying to determine the cause of her death.

There is no word yet on any possible suspects.

An investigation is underway.