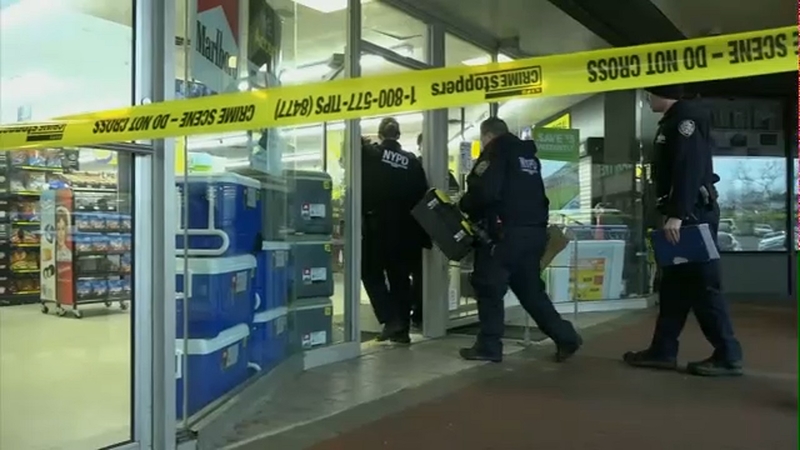 COLLEGE POINT, Queens (WABC) -- Masked bandits tied up two employees during a gunpoint robbery in Queens. The robbers pushed their way into a Dollar General store in College Point just after 8 a.m. Sunday.

The two bandits wore gloves, and with their faces covered, barged in and tied up two employees in the bathroom, while they forced the manager to open the safe.

Cops looking for these armed robbery suspects who tied up employees in bathroom of Dollar General Store in College Point around 8am. They forced manager to open safe; stole $1,000, employees’ cell phones, store’s landline phone and scanners. pic.twitter.com/1ZqMcWs5vO

Police say the thieves made off with more than a thousand dollars, the employees' cellphones and the store's landline phone and scanners.

It is unclear how the employees freed themselves.

Investigators spent hours inside combing for clues. The investigation is currently ongoing.