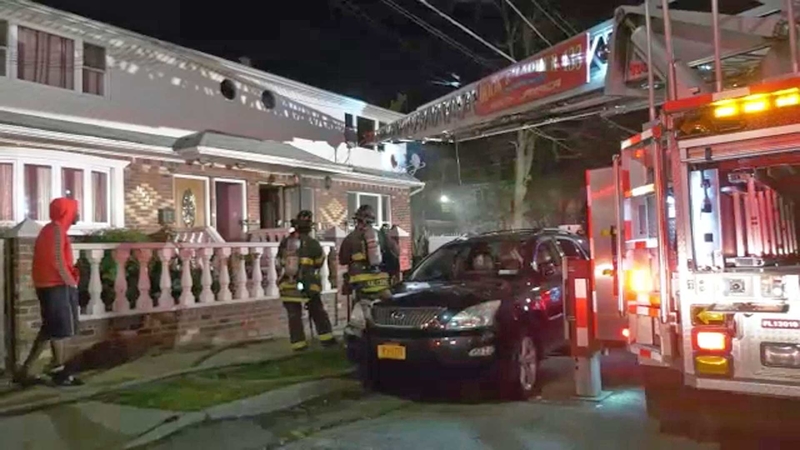 JAMAICA, Queens (WABC) -- A 61-year-old man died in a fire in a cluttered home in Queens that authorities say was illegally converted.

The flames broke out at the home on Bedell Street in Jamaica just after 4:30 a.m. Wednesday.

The victim, identified by police as Colin Cyrus, was discovered by firefighters at the stairs and pronounced dead at the scene.

The New York City Department of Buildings determined that an illegal apartment was constructed inside the basement, where Cyrus lived.

Firefighters had to navigate "a difficult cellar apartment, a lot of segregated rooms."

The cause of the fire is under investigation but does not appear suspicious.

Firefighters could not confirm witness reports the man initially left the house but then returned.