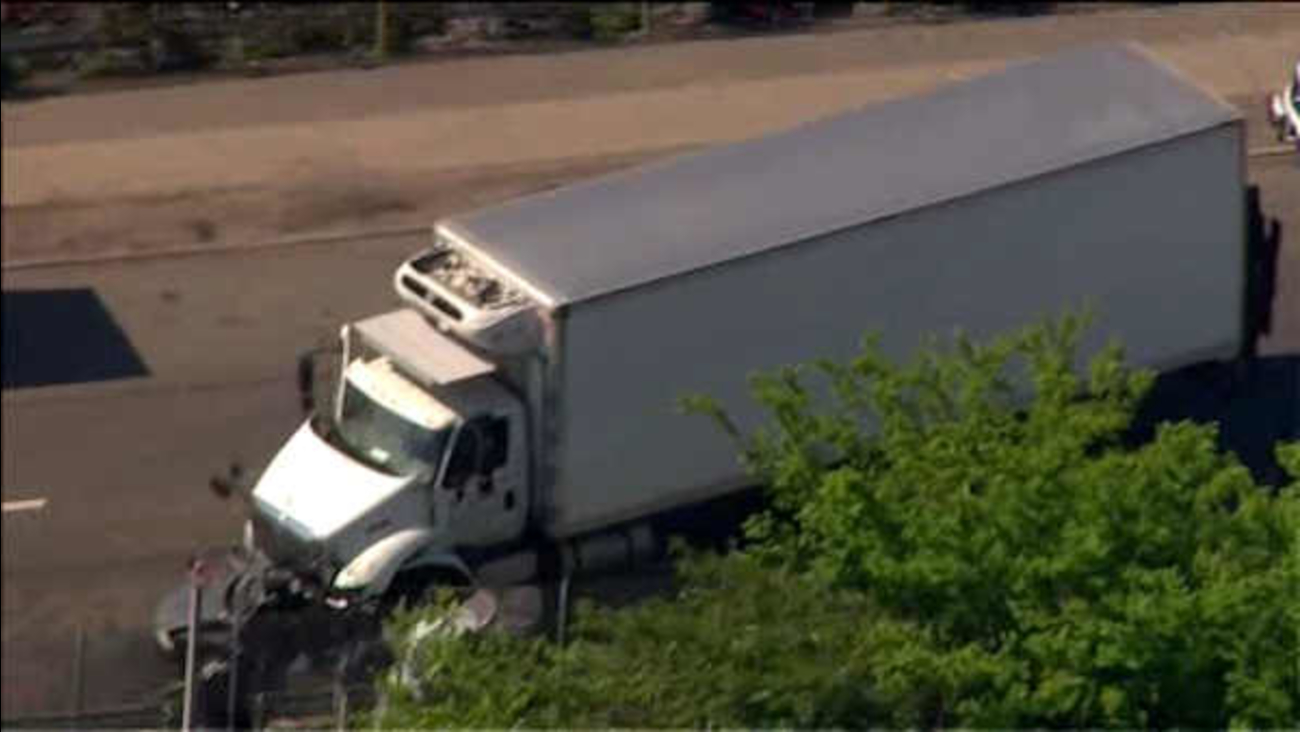 Authorities say the westbound GMC Envoy SUV collided with a southbound Chrysler, forcing that car in front of a box truck that was also southbound.

A 53-year-old passenger in the Chrysler, identified as Carmen Gonzalez, was pronounced dead at the scene, while the 30-year-old driver is in stable condition at Jamaica Hospital.

The driver of GMC, a 53-year-old woman, was taken to Long Island Jewish Hospital in stable condition, while seven children between the ages of 7 and 12 were taken to Elmhurst and Jamaica hospitals for treatment of minor injuries.

The box truck driver was treated at the scene.

Alcohol does not appear to be a factor.

The SUV was taking the children to P.S. 124, which is near the crash scene.