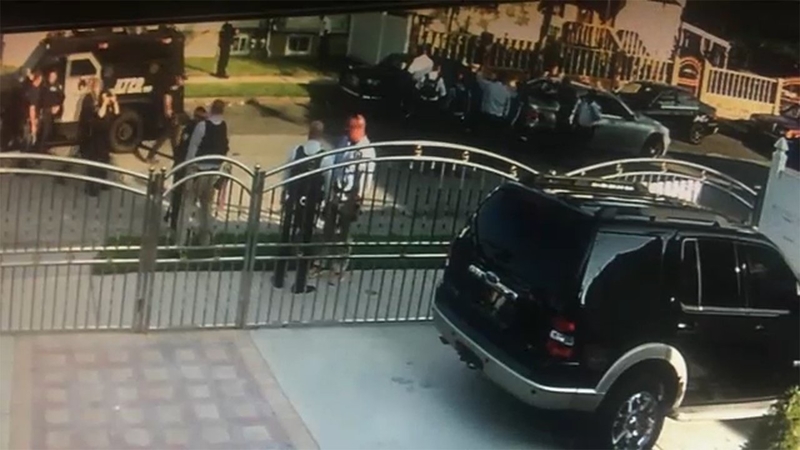 ROSEDALE, Queens (WABC) -- A woman from Queens is in trouble with the law and undergoing a psychiatric evaluation after she fired shots at a man parked in front of her home.

Police say the man did nothing wrong, other than park legally on the street in front of the woman's house.

"If I wasn't looking, I'd be a dead man," said Garfield Foster, Rosedale resident.

The way Foster explains it, it was a pretty close call on 229th Street in Rosedale Wednesday.

It was just after 4 p.m. and surveillance video shows police racing there from the NYPD's Emergency Services Unit.

All of this happened because an elderly woman, 76-year-old Yvonne Cosby, was allegedly angry at Foster, a mechanic who lives up the block, because he was fixing his Cadillac, and it was parked right in front of her window.

So the great grandma called 911.

"She told police she was going to blow the car up?" Eyewitness News asked.

"Yes! She was going to blow the car up," Foster said.

Foster didn't believe that, but that's when he noticed an old .22 caliber Derringer in her hand as she stood in her window and they exchanged words.

Two shots were fired, one of them went into a white van only feet away from where Foster was crouching down. Others on the block are still scratching their heads over the elderly woman's bizarre behavior.

"That's out of character, that's not like her. She's a sweet old lady, she has a walker, she comes out, she takes care of business," said Jim Pegues, a resident.

Apparently, that she did.