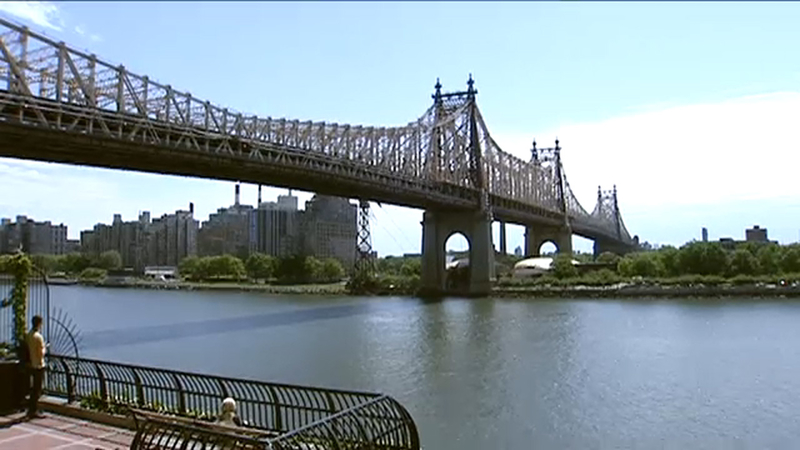 "In Brooklyn, our brother borough, we have two bridges," said Juan Restrepo, with Tranportation Alternatives. "They give dedicated pathways for people to walk and bike over their respective bridges."

Officials say there have been numerous crashes on the current path, which is shared by both pedestrians and cyclists due to overcrowding and confusion about who is supposed to be in which lane.

"The Queensboro Bridge path is dangerously overcrowded and poses a safety hazard to the thousands of pedestrians and cyclists that rely on it to cross between Queens and Manhattan each day," Van Bramer said. "There needs to be separate, exclusive lanes for pedestrians and cyclists on the Queensboro Bridge. DOT cannot afford to wait until upcoming work on the bridge is completed to start planning to make this infrastructure more sustainable and accessible. More people are going to get seriously injured or worse."

In a letter to DOT Commissioner Polly Trottenberg, advocates said that in the last five years, cyclist ridership across the bridge has increased 35 percent and that "the demand for a wider dedicated bikeway is also clear."

More than 2,000 New Yorkers and 30 local businesses have signed the campaign petition to convert the south outer roadway to a fully accessible pedestrian space for walking, running and wheelchairs.

Some drivers, however, are not in favor of the idea.

"I don't think it's going to work, because it's going to be a traffic nightmare," TLC driver Navpreet Singh said. "We need more space."

A DOT spokesperson said the south outer roadway can't be converted to pedestrian-only right now because of the ongoing construction but added it would consider the proposal, and if "feasible, we could time conversion to coincide with the completion of construction."