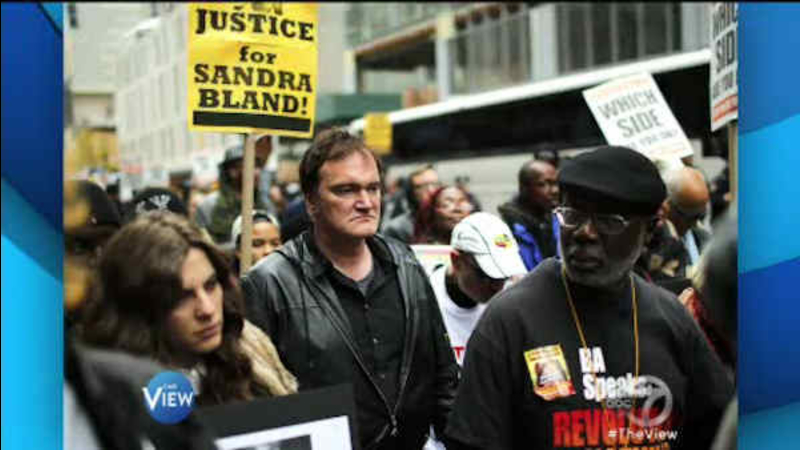 NEW YORK (WABC) -- Director Quentin Tarantino ignited a firestorm when he attended a rally against police brutality, prompting calls for a boycott of his upcoming movie "The Hateful Eight." And on Monday, he launched his official media campaign for the film.

His movies have often come under fire for being to violent, but this time, it wasn't Tarentino's screen work that caused controversy.

It prompted outrage from the head of the city's police union, but there was no retreat from the director.

"The statements that I made are very true, and I intend to go maybe further with that as time goes on," he said. "Nevertheless, I think you can decry police brutality and actually still understand there is good work the police do."

Tarantino was asked about police union leaders her and elsewhere who have called for the boycott.

"I hope that doesn't happen, I really do," he said. "And just because some union mouthpieces are calling for a boycott doesn't mean that all of the different officers on the street are going to necessarily follow suit."

In October, PBA president Pat Lynch called Tarantino a "purveyor of degeneracy," but the director insists some cops have told him they like his work.

"And I just hope they're not going to take Patrick Lynch's word for what I said," he said.