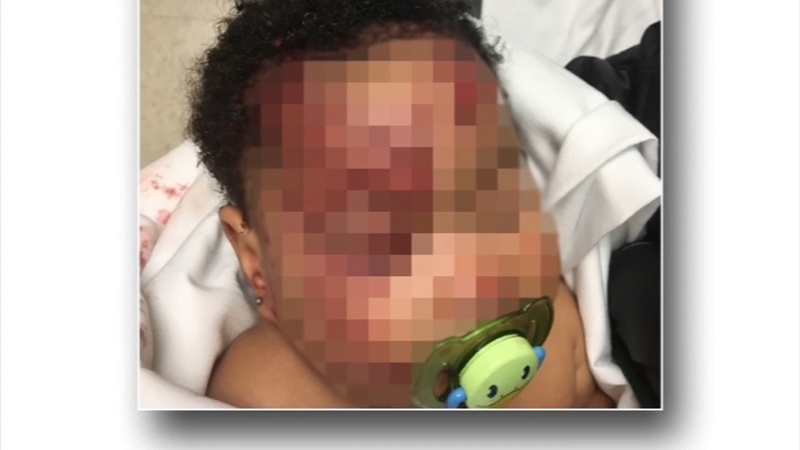 NORTH PHILADELPHIA, Pennsylvania -- Distraught parents say a raccoon attacked their baby girl inside their own home.

Now, 4-month-old Journi Blake Rodgers' injuries are so bad that she's getting treatment at the hospital.

Neighbors were horrified when shown images of the child, who was bloodied following the attack.

Her family said it happened Wednesday in their first floor apartment on the 2100 block of North 22nd Street in North Philadelphia.

"A raccoon dragging an innocent baby off a bed onto the floor," the child's uncle, Kenny McDuffy, said. "What was he going to do? Eat her? Kill her?"

Journi's mother, Ashley Rodgers, said it happened around 8:30 p.m. while she was in the bathroom and her baby was asleep on a bed.

"I hear her screaming and crying," she said. "By the time I got to her, she was off the bed across the room on the floor with blood all over her face."

Journi received 64 stitches during surgery and a rabies shot and is now in fair condition. Fortunately, doctors say her eyesight wasn't affected.

Meanwhile, animal control officers responded to the scene on Thursday but couldn't say how the raccoon got into the home or if it had been caught.

Rodgers moved into her apartment this week. Neighbor Donna Wilson said raccoons are nothing new on the block, which has vacant buildings and empty lots.

"If you have holes outside or around your walls, I guess they can get in," Wilson said.

Animal control has set a trap inside the home to capture the animal. The Department of Licenses and Inspections also plans to investigate to determine if the home is safe to live in.