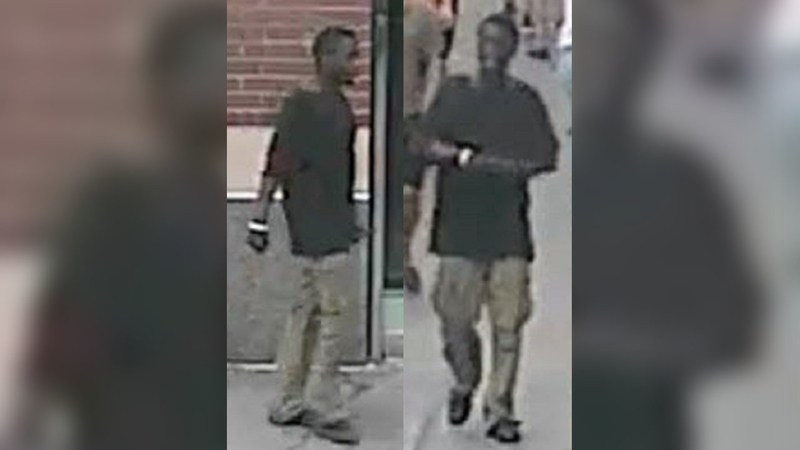 HELL'S KITCHEN, Manhattan (WABC) -- Police are searching for a man who shoved an elderly woman to the ground and yelled a racial slur at her before running away.

The incident was reported earlier this month in Hell's Kitchen, but a surveillance photo was just released late Thursday night.

Investigators say the suspect attacked the 84-year-old woman on July 11 near the corner of 43rd Street and 9th Avenue while she was on her way home from the pharmacy. She was moving slowly because she was having issues with her knee.

The suspect reportedly pushed her from behind and she suffered bruises and cuts to her knee and elbow. She was taken to the hospital in stable condition.

Neighbor Jan Butram says the 84-year-old was an easy target.

"It's terrible - it's a huge scrape right on her kneecap, and then the whole leg was just totally black - a terrible bruise," Butram said.

The suspect was described as being 5 feet 6 or 7 inches and was last seen wearing a black shirt, light-colored pants and black shoes.