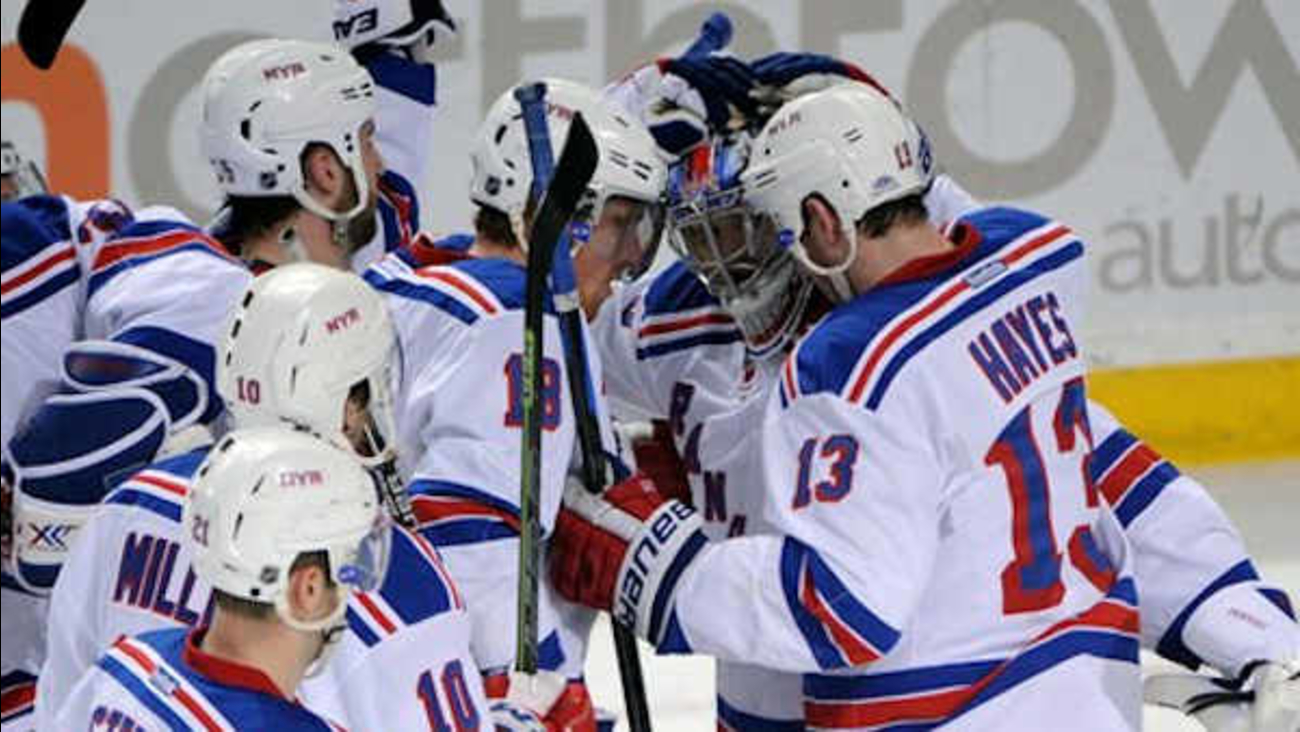 Martin St. Louis added an empty-net goal and Mackenzie Skapski made 20 saves for his first career NHL shutout. It was just Skapski's second NHL win, and both milestones came this season against Buffalo.

After killing off a penalty, the Rangers broke the scoreless deadlock when Yandle's high wrister from the point went through a maze of players to beat a screened Anders Lindback.

The goal was Yandle's first since being acquired from Arizona on March 1, and gave New York its fourth straight win. All have come on the road, and the Rangers have allowed just two goals during the streak.

Lindback made 32 saves for the Sabres, losers of six in a row and mired in last place in the Eastern Conference.

Skapski stopped Tyler Ennis with his mask on a breakaway 6:16 into the first period after the Sabres center got separation from the Rangers' Marc Staal.

Early on, Lindback appeared shaky in the Sabres' crease, but managed to make a number of off-kilter saves - including one on a high wrister by Mats Zuccarello.

Rangers defenseman Ryan McDonagh keyed an end-to-end rush that culminated in a 2-on-1 chance and a penalty to Sabres defenseman Andrej Meszaros. The Rangers hit two goal posts on the ensuing power play.

Skapski slid across to glove a wide-open and high one-timer from Brian Gionta early in the second. Moments later, he stopped Matt Moulson's point-blank wrist shot.

A three-player combination play with McDonagh, Kevin Hayes and J.T. Miller almost put the Rangers on the board, but Miller's low shot slid wide of the goal. Soon after, Dominic Moore had a short-handed chance and his back-hander shot was turned away by Lindback.

St. Louis appeared to have Lindback beaten off a pass from Matt Hunwick, but the prone Sabres goaltender kicked out his left pad, diverting the shot off his left post.

The Rangers earned an early third-period power play when Phil Varone went in the box for tripping, but Lindback made a trio of saves to keep the game scoreless.