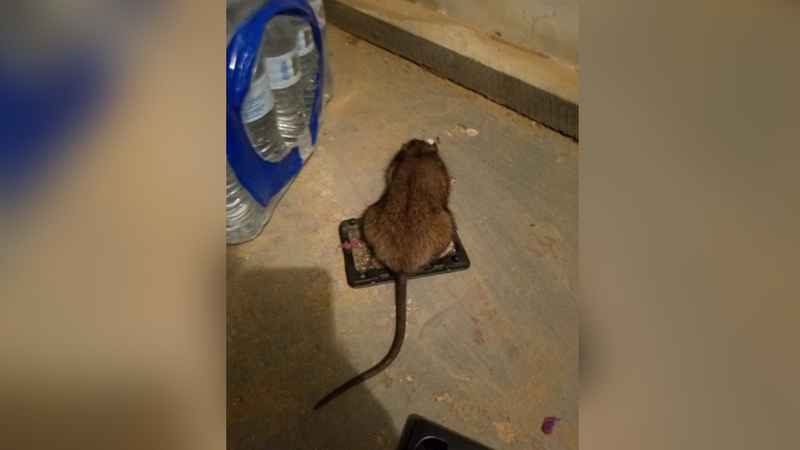 MASSAPEQUA, Nassau County (WABC) -- Residents in Nassau County are complaining to Eyewitness News about rat problems they say are running rampant in their neighborhoods.

Kathleen Colquhoun, of Massapequa, said she had a dead rat in her driveway a few days ago and has seen at least one in her backyard.

Lois Borth, who lives a few blocks away, said she's a little scared to go in her yard because so many of her neighbors have been complaining about the rodents.

Eyewitness News saw traps in people's yards all over the area near Plainedge High School.

Brian Taggart, with Miracle Pest Solutions, said in 15 years he has never received so many calls with people having rats around their homes. He said most of his service calls have been around Seaford, Massapequa, East Meadow and Levittown.

"We have customers where we'll do the whole block, where four or five neighbors get together and we all put bait stations around," he said.

Marry Ellen Laurain, a spokeswoman for the Nassau County Department of Health, said an increase in calls for rats around this time of year is typical. She also said rat infestations are typically caused by conditions created by humans, and that residents should not put bird seed in their yards and should pick garden vegetables before they turn too ripe.

Taggart said residents should also remove all dog waste from their yards, keep shrubbery trimmed high and tight and remove any weeds or vines. Rats will typically not build burrows when an air flow is present.

Laurain said health inspectors in recent weeks have been busy every day, responding to homes where people believe they have rats. She said inspectors reserve the right to fine people if a homeowner refuses to remedy the issue, which may be causing the rats.

For more information on what to do if you have rats, visit NassauCountyNY.gov/3571/Rats.