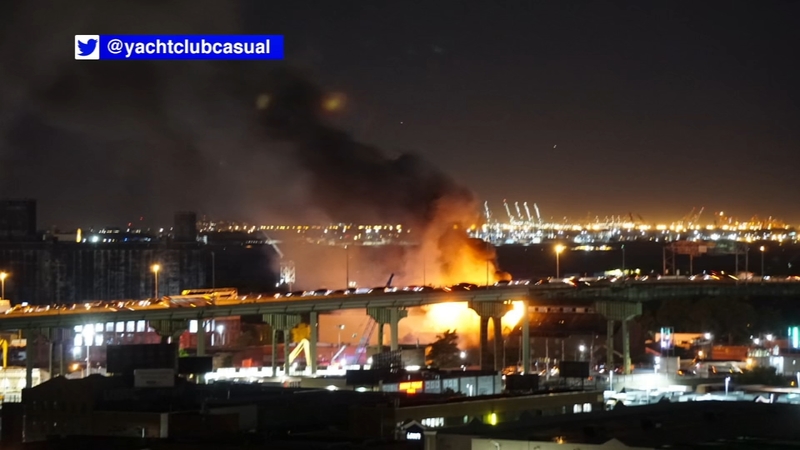 Heavy fire broke out in the former S.W. Bowne Grain Storehouse on Smith Street in Red Hook just after 11:15 p.m.

Firefighters battled the blaze from the street and from the Gowanus Canal using a fireboat.

No injuries were reported. The cause of the fire is under investigation.

The sprawling structure was built in 1886 and used as a shipping warehouse for grain until the 1960s.

Vacant for decades, it was targeted by preservationists but never landmarked. Work had recently begun at the site.