Regis Philbin's bittersweet farewell to 'Live!," the show that gave him his 'last chance' 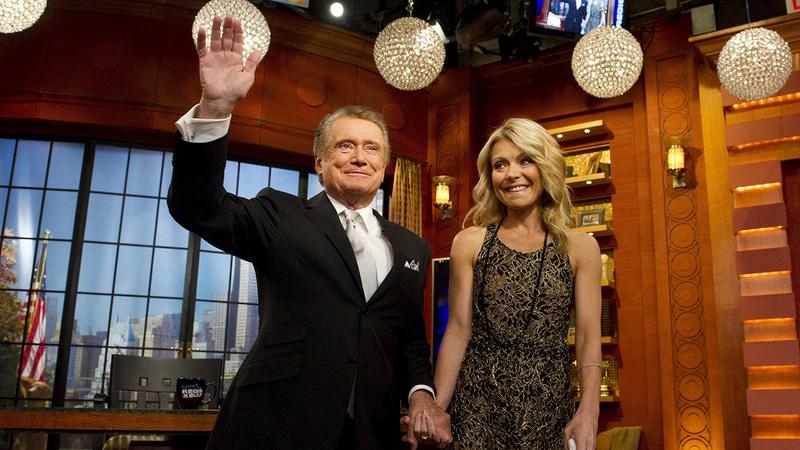 Regis Philbin's last day on 'Live with Regis and Kelly'

NEW YORK -- When Regis Philbin arrived at WABC-TV in 1983 to host the morning talk show on ABC's flagship station in New York, he knew this was his big chance to make a splash.

Philbin, of course, was already a celebrity, having hosted popular talk shows in cities such as Los Angeles, and he was famously Joey Bishop's sidekick on "The Joey Bishop Show" in the 1960s.

In Los Angeles, he had taken A.M. Los Angeles, on WABC's sister KABC-TV, to the top of the ratings, and now, he inherited the latest version of WABC's morning talk show, rechristened "The Morning Show."

Regis told entertainment reporter Sandy Kenyon back in 2011 that he knew the stakes were high.

"When I came to New York, and had this, what you would call, a last chance, that's when it became important for me to make this thing happen," Philbin said.

And Regis made it happen, and then some. "The Morning Show" captivated audiences, and in 1985, TV magic happened when Kathie Lee Gifford entered the picture as his co-host.

Legendary television personality Regis Philbin, known for his ABC morning show and "Who Wants to Be a Millionaire," has died at 88.

Just three years later, Regis' hopes came true, as "The Morning Show" became "Live with Regis and Kathie Lee," still produced at WABC-TV but now syndicated around the nation -- and it became a smash hit from coast to coast.

Kathie Lee would remain as co-host until 2000, with Regis going solo for a while before being joined by Kelly Ripa in 2001 for a 10-year run.

On Nov. 18, 2011, things came full circle as Gifford came back to bid him farewell on his last day on the show they had begun.

Ripa told Kenyon what clicked between her and Philbin.

"We're very similar in a lot of ways. We both hate change, we're both intense creatures of habit, we're both ridiculously predictable," she said.

In 2011, Regis was ready for some more time with his beloved wife, Joy, and some rest and relaxation after all those early mornings, saying he was planning a visit to Mar-a-Lago, the now-famous home of his pal Donald Trump. (Trump on Saturday called him a "fantastic person, and my friend. He kept telling me to run for President.")

As Ripa said goodbye to Philbin, she vowed the show would go on -- and it has.

"This is a well-oiled machine. He's taught me well. I feel like his little Jedi at this point."

On Saturday, Ripa said she and Ryan Seacrest were "beyond lucky to have him as a mentor in our careers and aspire every day to fill his shoes on the show."

And Kathie Lee Gifford said: "REGIS. There will never be another."