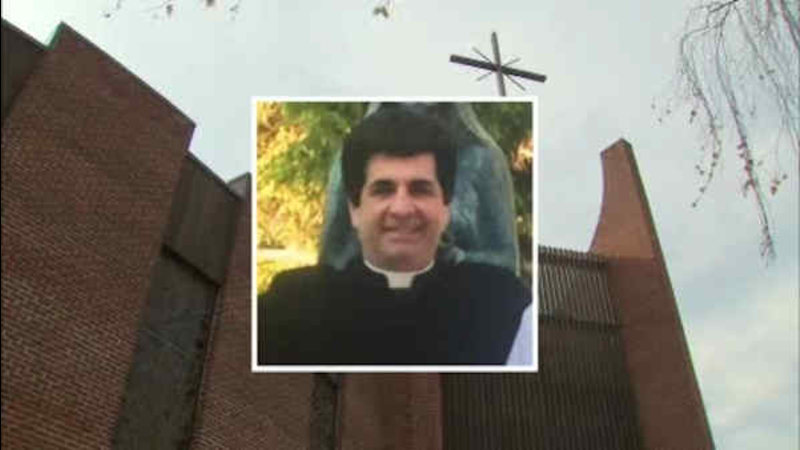 THROGS NECK (WABC) -- Allegations of a sex scandal are rocking a Bronx community, as a Catholic priest is accused of stealing $1 million from two churches and then using the money to fund an S&M relationship with his boyfriend.

A new lawsuit filed against 53-year-old Father Peter Miqueli and the Archdiocese of New York also alleges he bought the New Jersey home he shares with his boyfriend with the pilfered funds.

"Every worst thought that we thought came to light," parishioner Janeen Ruzzi said. "It was sad."

The allegations of wrongdoing are shocking, chief among them the claim that more than $1 million was skimmed from church coffers over the years.

"It would be envelopes without the money in there, and with amounts written on there," Ruzzi said. "People who did work and seeing money lying around on the floor in his room. There were just a lot of things that didn't add up."

Miqueli has been the pastor at St. Frances de Chantel in Throgs Neck since 2012, and to say parishioners don't like him is an understatement. There is an online petition calling for his ousting, as well as a web site featuring a long list of grievances.

The lawsuit goes even further, alleging Miqueli used church funds to buy a home in Brick, and that the money fueled a lavish lifestyle for the couple.

Father Miqueli wasn't available for comment, but the office manager at the rectory came to his defense.

"Whatever they say is up to them," she said. "It's their choice to say whatever they choose to say. People who do not know facts can be ignorant."

There are additional allegations involving drugs and sex-slave fantasies.