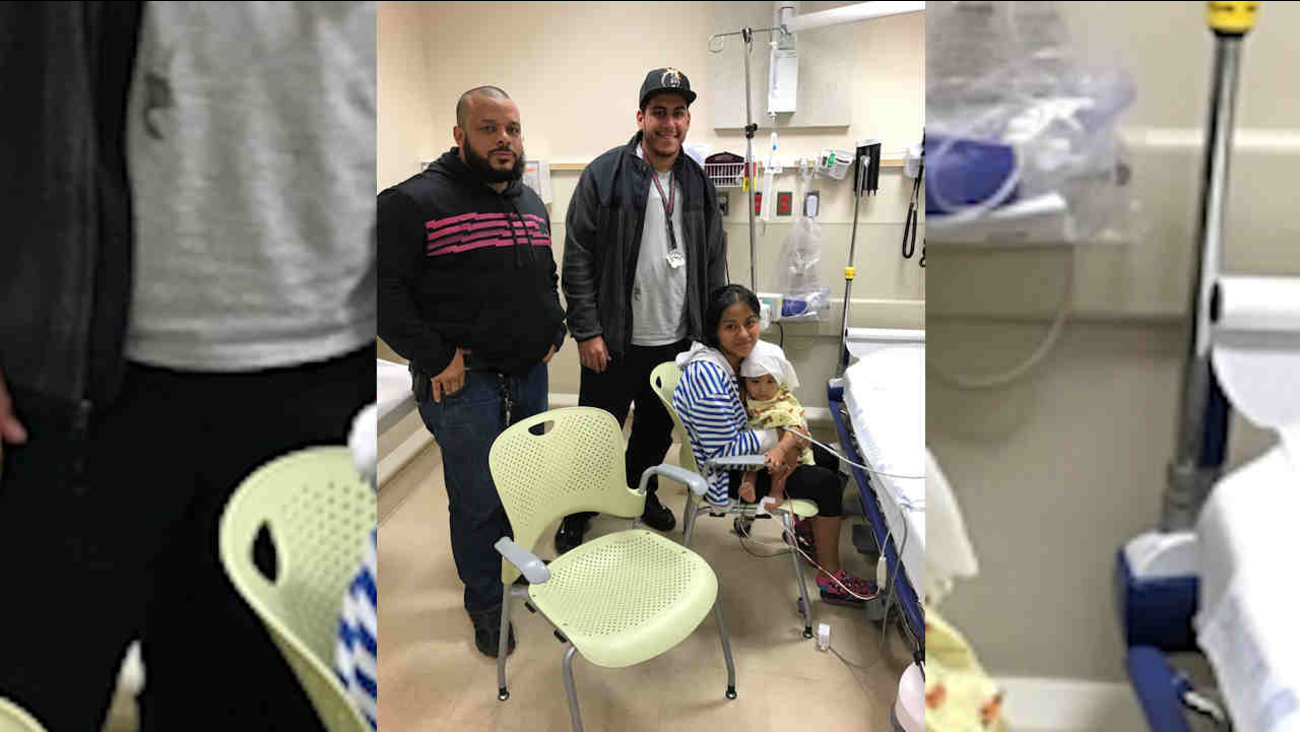 MOTT HAVEN, Bronx (WABC) -- Two police officers helped save a toddler who had stopped breathing in the Bronx Friday.