Couple accused of trying to hire hitman to kill their exes 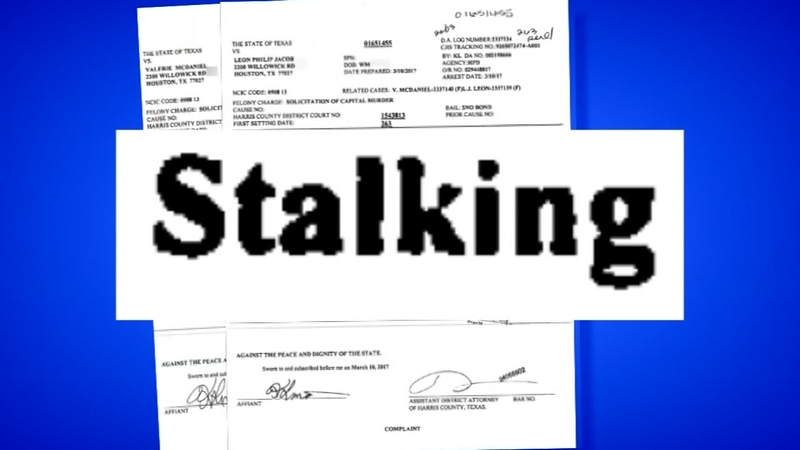 HOUSTON, Texas -- A well-known Texas veterinarian and her boyfriend are being held without bond on allegations that they tried to hire a hitman to have their exes killed, and prosecutors are detailing how the potential victims helped build a case against them.

Berg said McDaniel's target was her ex-husband. Jacob's target was allegedly his girlfriend who was the complainant in a stalking case against him.

"Unwittingly, they of course end up with a hitman who's working for the Houston Police Department," Berg said.

He said the person they contacted to find a hitman turned them in to police after he collected more than $10,000.

He said the pair met the undercover officer posing as a hitman at an Olive Garden where they discussed plans for the killings and for further payments.

McDaniel's ex-husband was allegedly supposed to be killed in a shooting that would be staged to look like a carjacking, according to Berg.

A judge denied bond for Valerie McDaniel, a suspect in an alleged murder-for-hire plot.

Jacob's ex-girlfriend was allegedly supposed to be kidnapped, threatened and killed if she became uncooperative.

Berg said Jacob also spoke about using his own medical training in the form of an injection that could be a way to end his ex's life.

"Police responded by making sure the potential victims were safe and got their cooperation to stage what would appear to be their execution," Berg said.

With the help of the potential victims, police staged photos of what appeared to show the murder of McDaniel's ex and the abduction of Jacob's, he said.

They were shown to the suspects as proof of the crimes and to collect further evidence in a sting type operation by law enforcement.

McDaniel owns a veterinary clinic in Montrose neighborhood of Houston. The pair live in a luxury high-rise.

Clients at McDaniel's clinic said they could not believe the accusations against her.

"Shocked. No way she could do something like this", said Cindy Funderburke, whose animals have been treated by McDaniel.

"There is something just not right about this. It does not add up. This is not the Dr. McDaniel that her clients and her employees and coworkers know and love," she said.