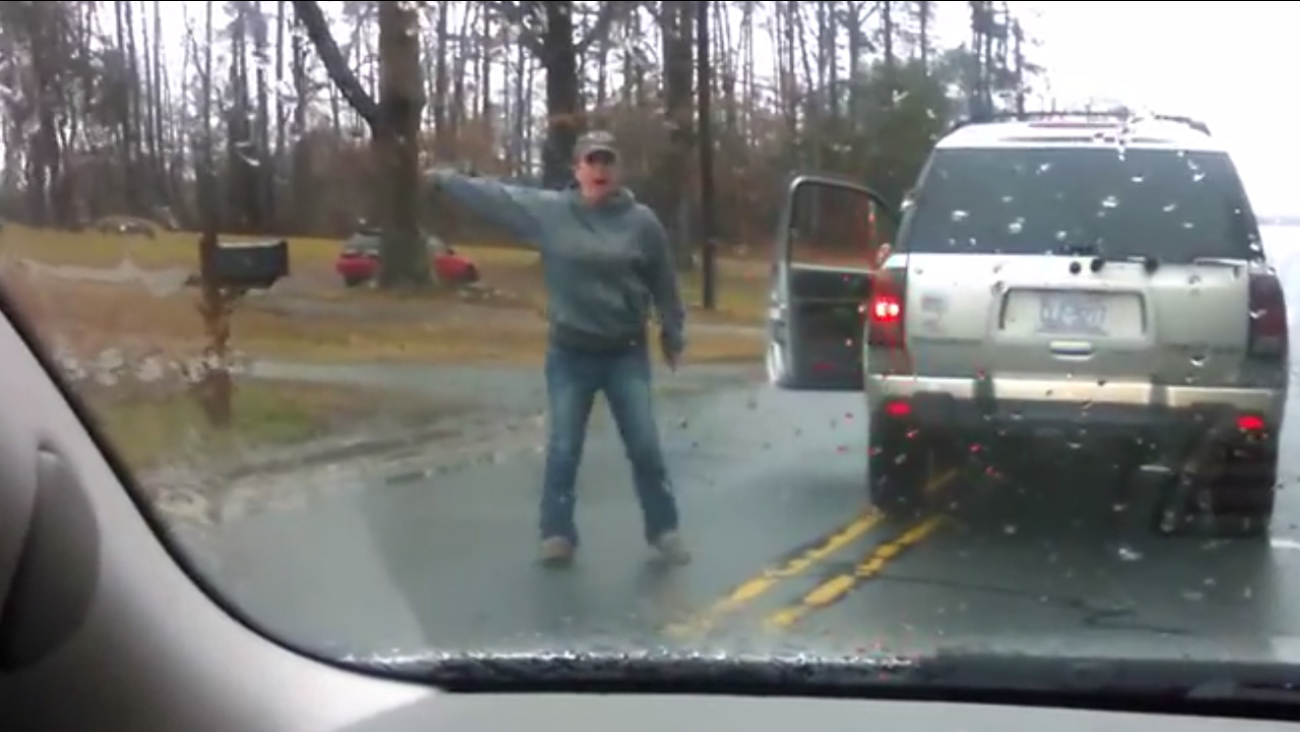 Sherri Hastings began recording on her cell phone when an angry driver in front of her stopped in the middle of the road. (YouTube / Sherri Hastings)

RANDLEMAN, NC -- A driver in North Carolina terrorized a woman and her child in what's being described as a road rage confrontation.

The woman shot video of the incident on her cell phone and posted it to her YouTube account.

Tap/click here to watch the video.
Warning: The language and gestures in the video may be offensive to some.

Sherri Hastings tells WGHP-TV that a woman driving an SUV was trying to pass her on a two-lane road with double lines on a hill.

"She about ran me off road first time. She got behind me a second time and then went to go around again. I let her have the road, called 911, reported her and her plate number... I started phone video which was in a holder on dashboard - hands free," Hastings said.

The woman eventually passed Hastings, but then she stopped her vehicle in the middle of the road and got out. Video shows the woman then charge Hasting's vehicle and attempt to grab her through the window.

A child in the vehicle then begins to cry.