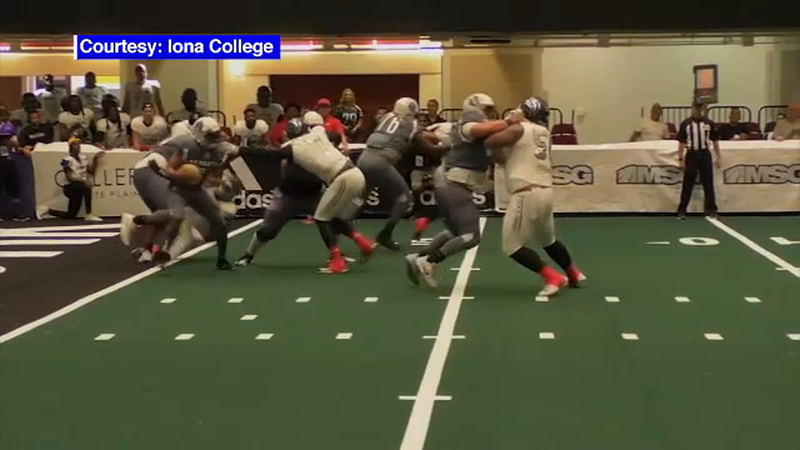 WHITE PLAINS, New York (WABC) -- An Arena League Football team was robbed at some point during a game in New York Sunday night.

The Carolina Cobras were visiting the New York Streets in a game at the Westchester County Center.

Police say members of the Cobras reported at halftime that an unidentified suspect entered their locker room and stole a ring and about $3,000 in cash from multiple lockers.

The game did not continue after the incident, with a Streets spokesperson saying the Cobras decided it was best to not resume.

"It was crowded with people, kids were having fun, laughing, enjoying a good time," he said. "To hear that this happened and cut the game really short, it was really upsetting."

Police said that during the last home game earlier in July, one of the dancers had money stolen from another room where they get ready for their dance routines. They are looking to see if both of those incidents are connected.

Westchester County Police Chief Hodges said a person of interest has been identified, but that person is not a suspect at this time and no arrests have been made.

"We do have a person of interest that we would like to talk to," Chief Inspector John Hodges said. "I can't say we have any suspects at this time, and we do have some video...I would expect that hopefully we will have some closure on this in a short period of time."

The league provides security for the games at the County Center, who officials say follow the players.