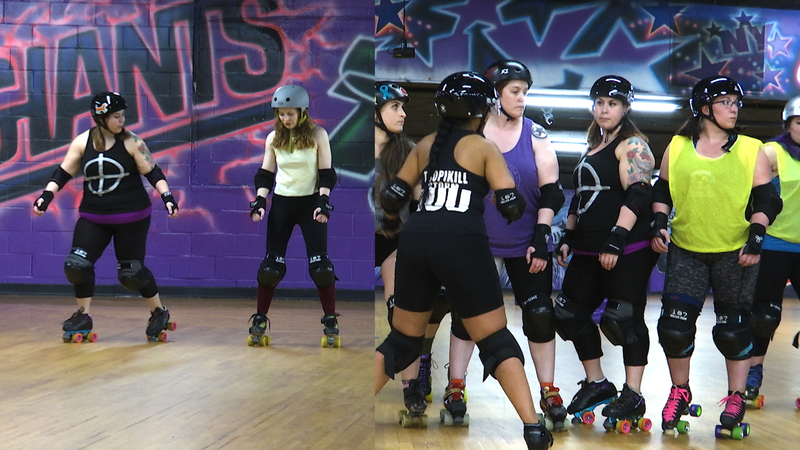 Each year, it hosts a charity game that makes contributions through ticket sales to local and national organizations such as the Suffolk County Coalition Against Domestic Violence, Dress for Success, The Keep A Breast Foundation, The Wounded Warrior Project, The John Theissen Foundation, Little Shelter, Cohen Children's Hospital, and Keep Moving Forward: Following Nate.

"I skate because it's the most fun," said Stefanie Calderon, the league's president. "I hang out with my friends multiple times a week. We skate, we push each other, empower each other, support each other. It's like a family on wheels."

In a game, each team has five skaters on the rink. One of the skaters is called the "jammer," who wears a star on her helmet, and she is the only team member who can score points during the game.

Both teams follow a line and once the whistle blows, the jammer has to get through the opposite team's wall of blockers.

This is called their "initial" pass. After that, the jammer must pass an opposing team member to score one point.

The 2019 season for the Long Island Roller Rebels has just begun, and their next game is set for September 28.