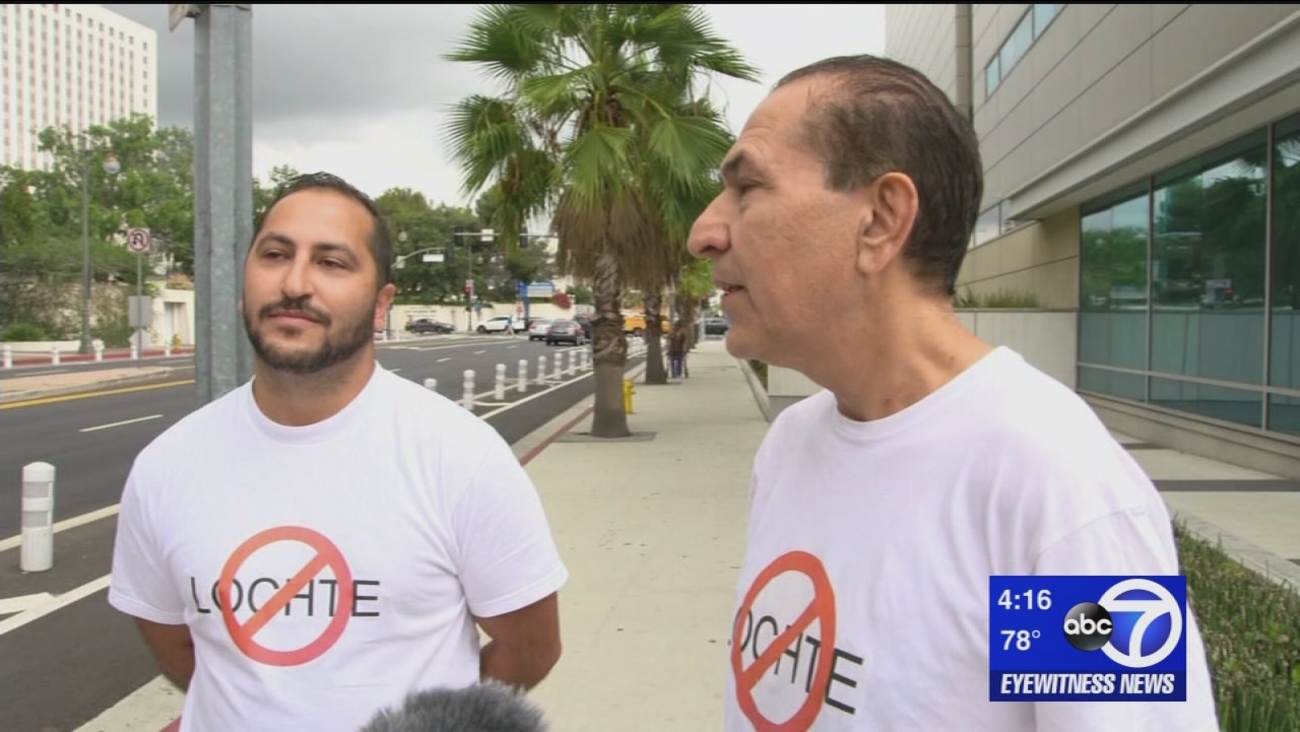 Sandy Kenyon has the details. (WABC)

NEW YORK (WABC) -- The two men accused of trying to take down Ryan Lochte during the premiere of "Dancing with the Stars" are now ordered to stay at least 300 yards away from the Olympic swimmer and the TV studio.

Lochte was listening to the judges' critique of his fox trot last month when two protesters stormed the stage.

Security guards took them down.
Sam Sotoodeh, 59, and Barzeen Soroudi, 26, were charged with leaving a spectator area and entering a stage, as well as interfering with a performance.

Both charges are misdemeanors which could carry a maximum penalty of 6 months in jail and a $1,000 fine.