"Safety" tells the story of Ray McElrathbey, a student athlete who committed to keeping to his family together while juggling sports and school.
OTRC
By George Pennacchio 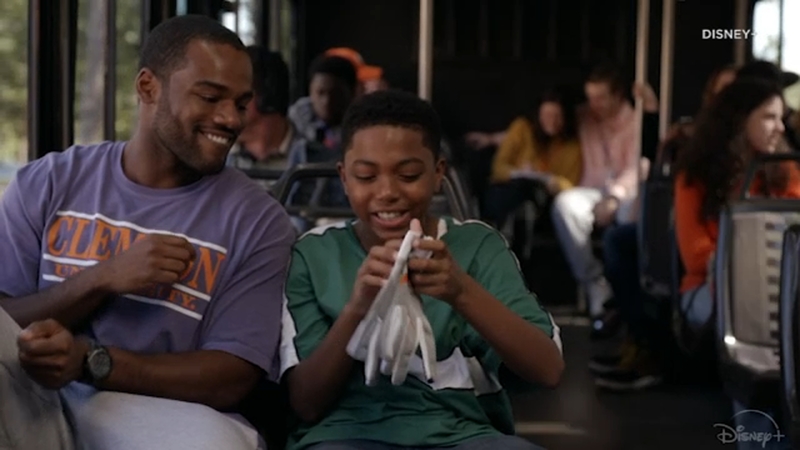 "Safety" is based on the true story of football player Ray McElrathbey, whose family faced some tough challenges just when he was starting college.

The film showcases the sportsman's struggles as he juggled school, football and caring for his 11-year-old brother after their mother left home to rehabilitate herself and recover from drug abuse.

"Life has been a bunch of ups and downs, it hasn't been a crystal stair as some would say, but I'm excited about the next chapters," said McElrathbey. "I'm glad they helped pick me to lead this little effort and inspiring others, and I hope that's what will come from it."

Actor Jay Reeves plays the football star in "Safety," which shows how unexpected help from Ray's teammates and coaches helped them build a much needed "second family" for everyone.

"Being able to create a community, wherever you're at, to have these people you can lean on. Back then was amazing, and right now that message will hit people in the right spot," said Reeves.

"We see a strong Black man taking care of his family, which is the type of representation we want to see in the media," said Corinne Fox, who plays Ray's love interest. "For so long we've seen Black men portrayed as convicts, incarcerated, and now we get to see this very, very strong Black man showing up as a brother and makes a huge sacrifice for his brother."

"Ray's efforts inspired the team, inspired his entire community and what a great role model for us all to emulate," said director Reginald Hudlin. "When you see someone doing the right thing against all odds, let's join in, let's help them."