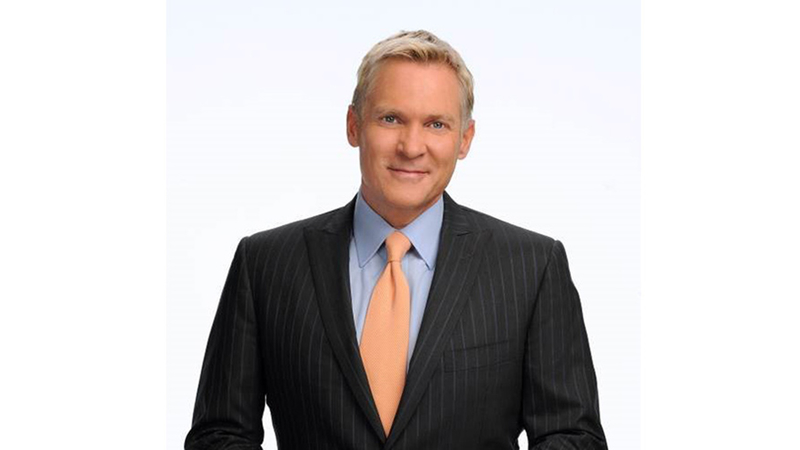 He will also be on Eyewitness News at noon with David Novarro and Shirleen Allicot.

Champion will round out the Eyewitness News AccuWeather team led by chief meteorologist Lee Goldberg, along with Amy Freeze and Jeff Smith. Champion will continue to contribute to ABC News.

"Sam has a fascination and passion for weather that is absolutely contagious," said Debra O'Connell, president and general manager, WABC. "I am thrilled to have Sam join our outstanding Eyewitness News team, bringing with him a tremendous track record for accuracy in weather forecasting along with his genuine care for our tri-state area communities and viewers."

Champion has had a long and successful career covering weather for ABC on the local and national level. He spent 18 years as a weather anchor on WABC'S Eyewitness News from 1988-2006, before joining "Good Morning America" and ABC News.

At the forefront of reporting on the environment and climate change, Champion traveled to Paris in 2007 for the release of a groundbreaking report on global warming by the Intergovernmental Panel on Climate Change (IPCC).

In August 2009, he anchored his first "20/20" special, "Blown Away: Twisted Terror," which chronicled the tornado that devastated Parkersburg, Iowa in 2008. From 2013-2016, Champion was managing editor of The Weather Channel.

"It is an extraordinary opportunity to come home and, once again, be a part of the Eyewitness News family," added Sam Champion. "I have felt the trust and kindness of New York and the tri-state viewers since 1988, and I can't wait to start our days together again at the No. 1 station in the nation!"

Champion began his career as an intern at WKYT-TV in Lexington, Kentucky, while attending Eastern Kentucky University where he graduated with a bachelor's degree in broadcast news. Champion is involved in many charities in the New York City area, including the Multiple Sclerosis Society.