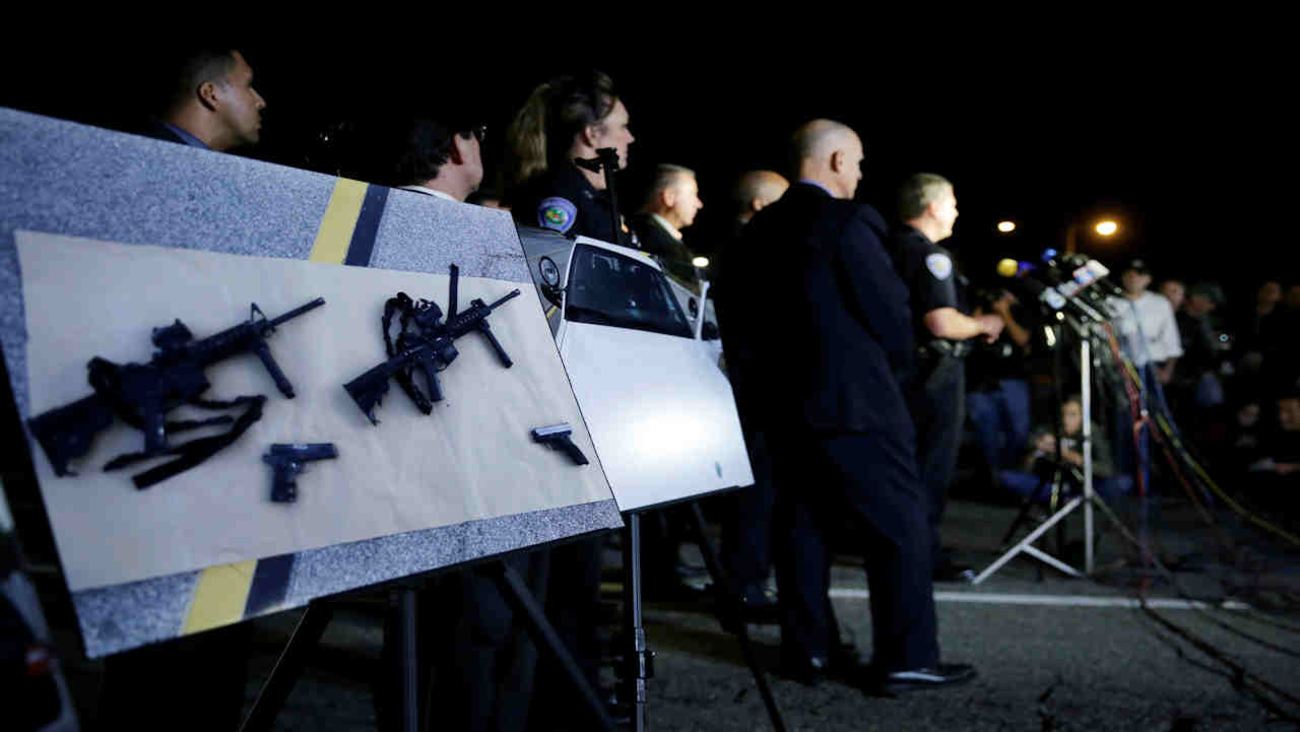 SAN BERNARDINO, Calif. -- An Islamic State-affiliated news service called the two San Bernardino terror attack suspects "supporters" of their Islamist cause, but the group did not claim responsibility for the mass shooting.

American citizen Syed Farook, 28, and his wife Tashfeen Malik, 29, killed 14 people Wednesday at a holiday banquet for county workers at the Inland Regional Center. The couple wore combat-style outfits and used assault weapons. Both were later killed in a shootout with police about a mile south of the center.

The radio report did not refer to the couple as actual members of the Islamic State group. Militants affiliated with IS who carry out attacks are commonly referred to in the group's propaganda as "lions," "fighters" or "mujahedeen."

On Friday morning, a U.S. official said Malik pledged allegiance to the Islamic State group and the terror group's leader, Abu Bakr al-Baghdadi, under a Facebook alias and then deleted her messages before Wednesday's attack.

MORE: What we know about the San Bernardino terror attack

The official added that Malik expressed "admiration" for the extremist group's leader under the alias Facebook account, but that there was no sign anyone affiliated with the Islamic State group communicated back with her or conveyed any operation instructions to her.

FBI Director James Comey said there was no indication yet that the plot was directed by any other foreign terror group.

During a press conference Friday afternoon, the FBI announced it would be the lead agency investigating the mass shooting as an act of terrorism.

The agency also acknowledged knowing little about Malik. According to two attorneys representing the Farook family, Malik was a simple housewife who was soft spoken, very private, conservative and isolated. The couple lived a traditional Muslim life in which women were separated from the men and Malik wore a burka.

But a Pakistani relative of Malik told the Associated Press that she became a more zealous follower of the Muslim faith about three years ago.

Malik reportedly moved from her home country of Pakistan to Saudi Arabia, eventually coming to the U.S. in 2014 on a fiancee visa, but Saudi authorities said there was no record of her ever being a resident in the country.

The couple had resided in a small, two-bedroom home in Redlands with their 6-month-old daughter and Farook's mother since May. Following the gunbattle, authorities conducted overnight searches of the home that yielded more than 3,000 rounds of ammunition, 12 pipe-bomb-type devices and tools for making more of those explosives.