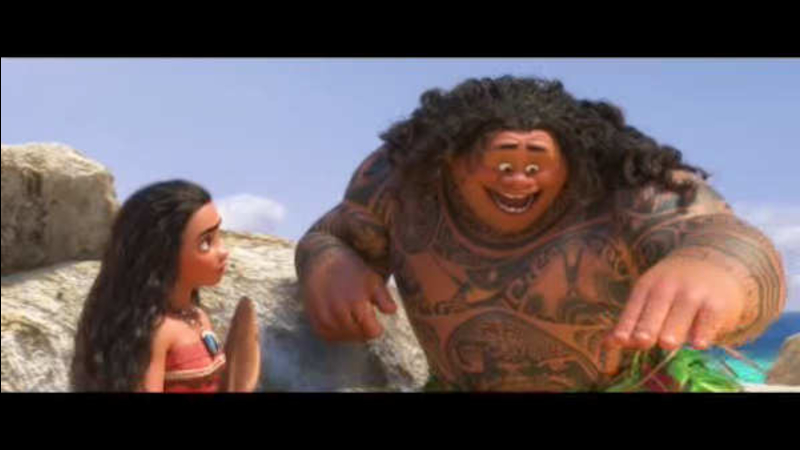 NEW YORK (WABC) -- For many, heading to the movies is post-turkey tradition. But before you pick your holiday weekend movies, it's best to know which are worth seeing.

As noted earlier, "Allied" and "No Rules Apply" shouldn't necessarily be at the top of your list. But what about the latest feature from Disney?

"Moana" is a girl from the Pacific islands who crosses the ocean with a demigod to try and save her people in the latest animated adventure.

The man behind the music is Lin Manuel Miranda, the same guy who made "hamilton" soar on Broadway. But the centerpiece of the new movie isn't a he, but a she.

Moan is set to inherit a fictional kingdom in the south seas, but first, she needs to transverse an entire ocean of bad.

Dwayne "The Rock" Johnson voices Maui, a character who might seem like a bad guy at first but really isn't. He's simply vain and insecure underneath.

The mismatched pair grows close as they seek to restore a jewel Maui stole and thus restore peace and prosperity, but there is no romance in this fairy tale, in keeping with the feminist belief that a gal doesn't need a man to be happy.

"Moana" shows it is possible to be politically correct and also very entertaining.

Kids and grownups alike will love it as much as all the critics do. Disney is owned by the same parent company as WABC-TV.

From the sublime to the slimy is a movie being called one of the worst of the year, as Billy Bob Thornton is back as "Bad Santa." And few appear to be cheering.

Fortunately, most of the dialogue is too disgusting to be repeated, but even more abhorrent than the script is the sight of talented actors stooping so low. Joining Thornton in demeaning themselves are Oscar winner Kathy Bates as his mother and Emmy nominee Christina Hendricks as the head of a charity Bad Santa and his mom are looking to rob.