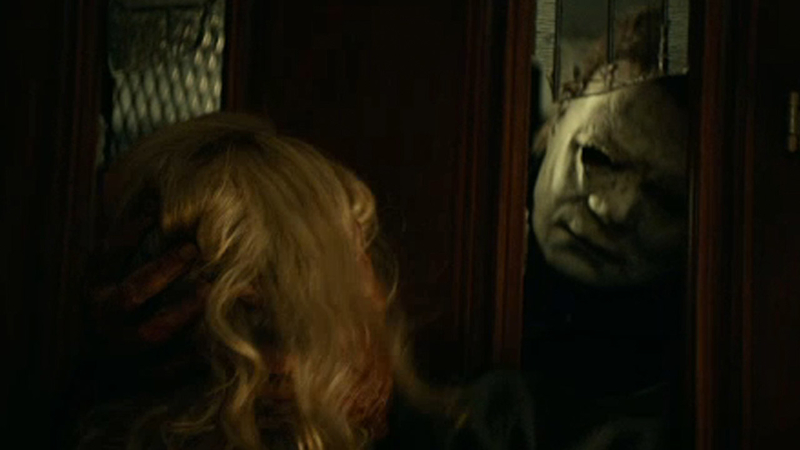 MANHATTAN, New York City (WABC) -- Four decades have passed since the first "Halloween" movie, so imagine my astonishment when I found out the latest -- the 11th in the series -- isn't half bad.

One critic complained "Halloween" wasn't scary enough, so I knew this one was for me -- I tend to avoid horror movies because I scare easily and don't enjoy feeling fearful.

He is as relentless as he is deadly, and one of the great screen villains is played by the same guy who played him back in 1978, Nick Castle, who earned just $25 a day for his efforts.

As this film opens, Myers is in a maximum security prison where a couple of podcasters hope they will finally get him to talk by showing him his old mask. That doesn't get a response, but soon enough Myers is on the loose and looking for Laurie Strode again, with Curtis back playing her famous character.

Fans will recall her as the babysitter who Myers stalked in the original film, but she's older and much better prepared for him. Not a victim this time, but a vanquisher.

"I pray every night that he would escape, so I can kill him," Strode tells a cop.

Watching "Halloween" with those who've grown-up with these films, hearing their murmurs of recognition and their knowing laughter, made the experience of seeing this one better for me.

The key is not to take it all too seriously, especially when it comes to the clueless and comical residents of Haddonfield who put themselves in harm's way.

"He is a killer, but he will be killed tonight," Curtis' character says.

But fans of the series know that when Myers dies, he often doesn't stay dead, so expect more sequels. And if they're as good as this one, I won't mind.

Call it campy fun and go with a group on or before October 31. You will surely have plenty of company, because "Halloween" is expected to gross more than $70 million this weekend.