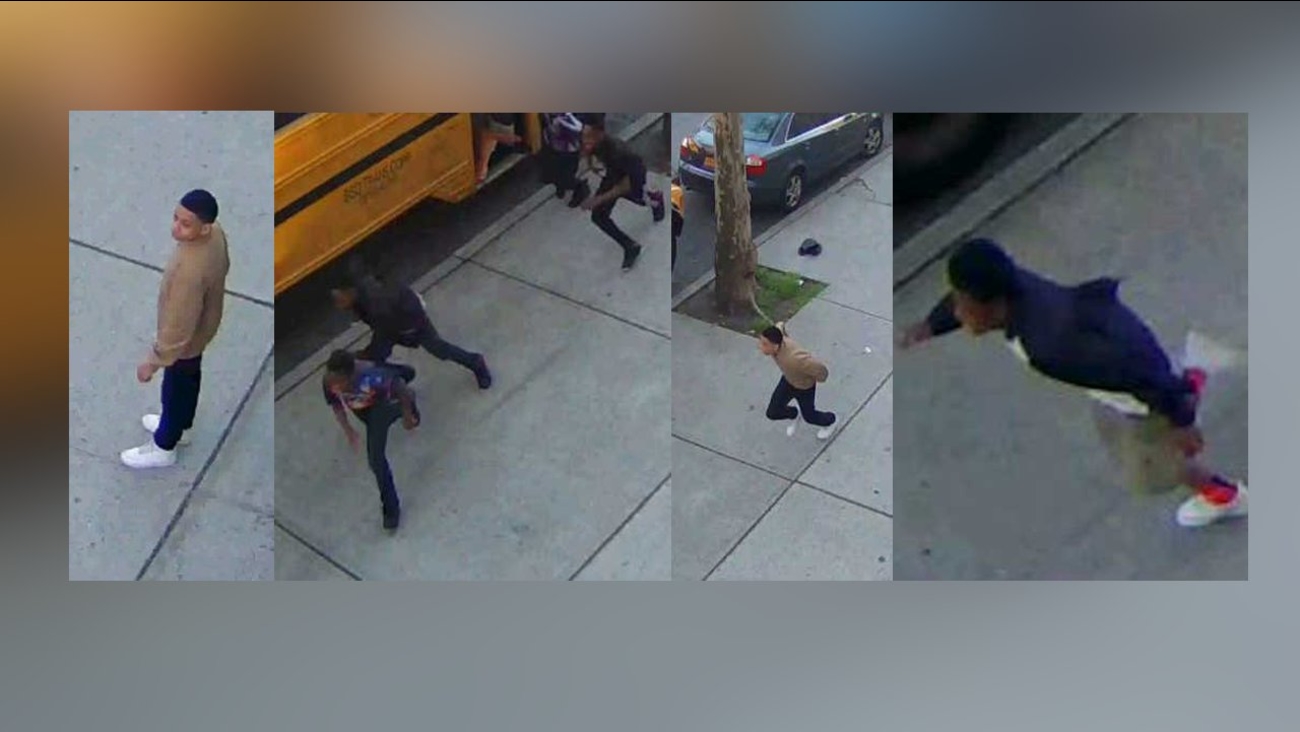 CROWN HEIGHTS, Brooklyn (WABC) -- Police in Brooklyn are looking for the boys who helped an 11-year-old who is accused of setting fire to a school bus outside a Jewish school in Crown Heights.