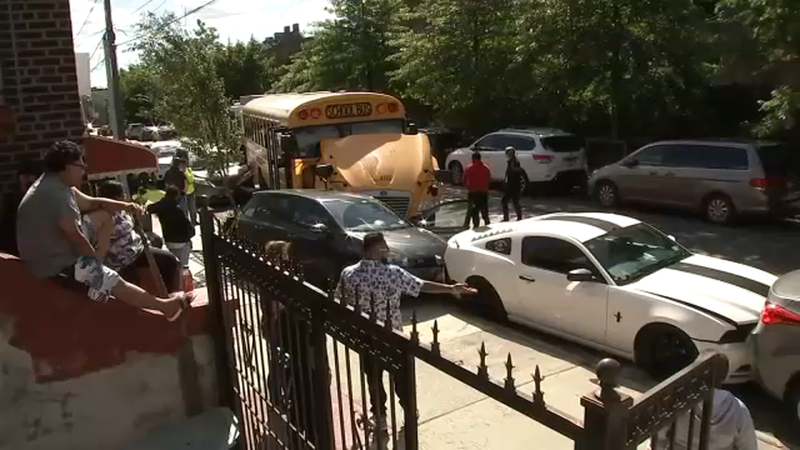 CYPRESS HILLS, Brooklyn (WABC) -- Witnesses say two teenagers stole a school bus in Canarsie and took it on a joyride before crashing into at least four parked cars.

The incident was reported at 63 Montauk Avenue on Wednesday afternoon around 12:45 p.m..

Police say the bus was stolen from in front of 954 East 81st Street in Canarsie.

One of the drivers of the parked cars was getting into their vehicle at the time of the wreck.

That driver was able to walk away from the wreck on his own.

The suspects got away from the scene and police are still trying to piece together what happened.

COVID-19 doesn't discriminate against who gets sick, but some some groups have been hit harder. And they're the most likely not to have insurance.