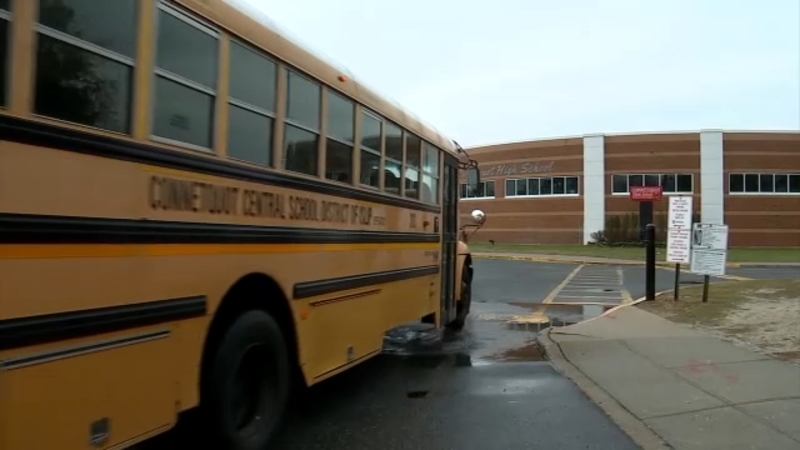 LONG ISLAND (WABC) -- School districts across Long Island are poised to increase school taxes by an average of 1.9% next year, according to figures from New York State Comptroller Tom DiNapoli.

"It is almost unfathomable that they continue to raise taxes when we are trying to recover from a post-pandemic recession," said Kyle Strober, the Executive Director of the Association for a Better Long Island. "People just have had enough."

"If they're going to receive unprecedented amounts of money, it's time that they get their budgets in order," Strober said.

The school tax numbers released by the comptroller are only estimated numbers. School boards will finalize the budgets next month, so residents can vote on them in May.

Lorraine Deller, Executive Director of the Nassau-Suffolk School Boards Association, said school districts would have proposed even higher levies if it wasn't for all the recent funding they received.

"There is no doubt that the infusion of federal and state money has helped stabilize the tax impact of school budgets," she told Eyewitness News reporter Kristin Thorne.

Deller said some of the funding money was earmarked for COVID-related expenses and cannot be used otherwise.

In addition, she said many schools are looking to enhance their mental health services and therefore need the extra money.

"We complain about our tax burden, but yet nobody goes out and votes to defend it or reduce the burden," he said. "This year should be a wake up call."