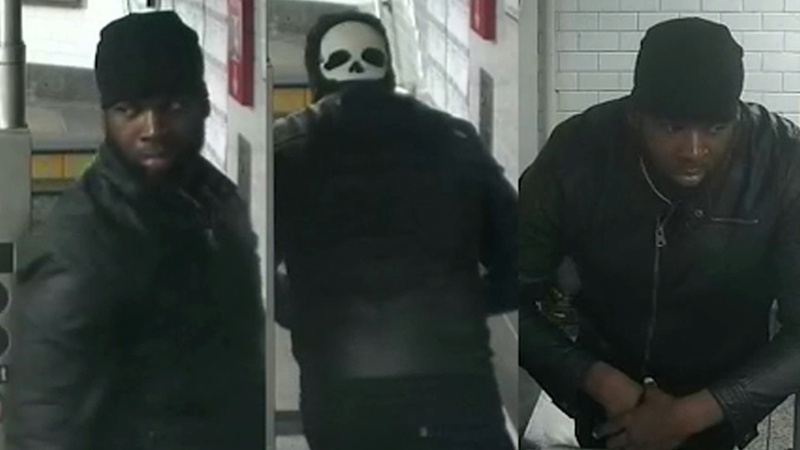 Eyewitnesses say they saw one man bleeding from his head and another from his neck as the suspect chased them down the street.

One of the busiest subway stations - Fulton Street in the Financial District - turned into a crime scene as police dusted for fingerprints on a broom and gathered what evidence remained at the scene.

Lucy Yang has the latest updates on the subway slashing in Lower Manhattan.

Two men were taken to Bellevue Hospital for their wounds, but what triggered the initial fight remains vague. Eyewitness News is told the victims are not being cooperative with authorities.

For Sharon Howard, a tourist from Dallas, this was not the New York City she came here to see.

"He was holding his head, bleeding. The other guy came up holding his neck, bleeding from his neck. Someone started chasing them down the street," says Howard.

Fulton Street is usually packed during the weekdays as bankers, brokers and office workers pour into the Wall Street-area. Thankfully, the station is fairly empty on a Sunday night.

The bloody slashing should have no impact on the busy Monday morning commute - train service is back to normal.