Explosion of 'pipe bomb-type device' in Seaside Park under investigation 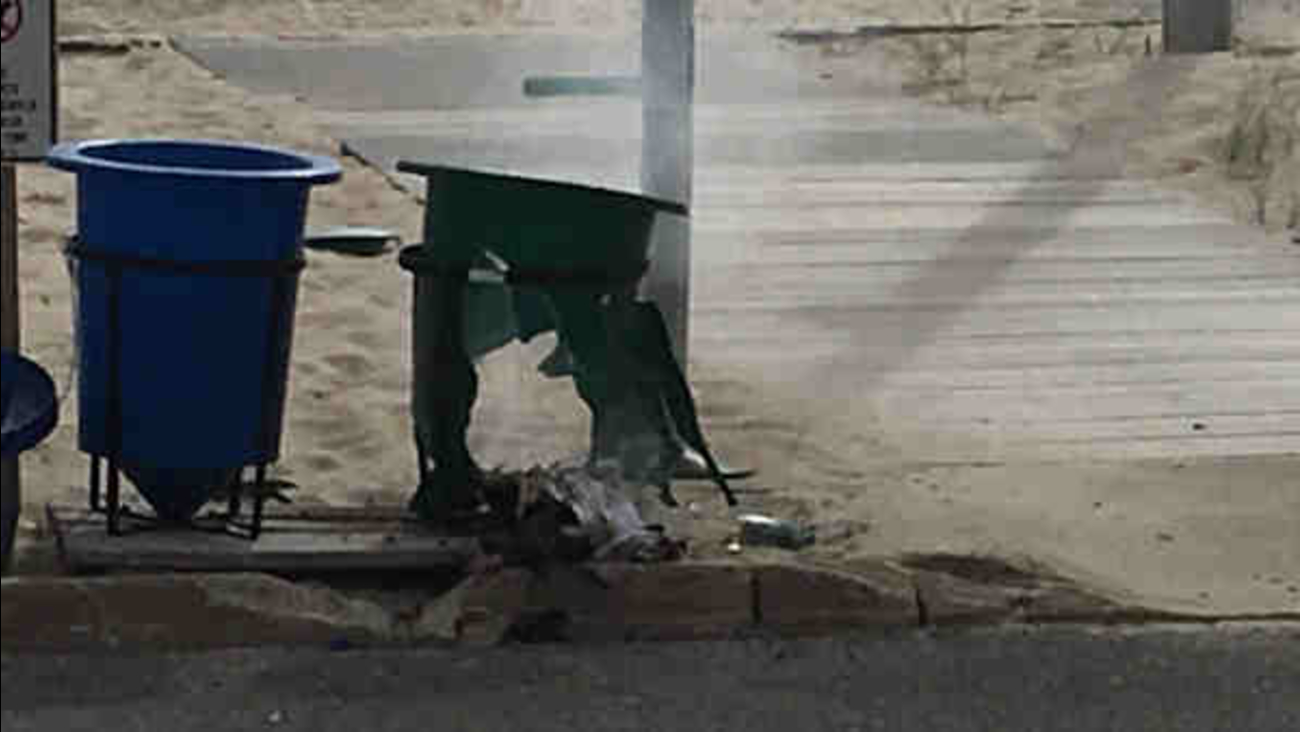 SEASIDE PARK, New Jersey (WABC) -- A powerful explosion shook homes in Seaside Park just after 9:30 Saturday morning, eerily close to the mapped out route of the 'Semper Five' race, an annual 5K charity race honoring the U.S. Marines and Sailors. The person who is behind this seemingly targeted attack remains a mystery.

Local and state police along with the FBI and ATF quickly flooded the quiet beach town as bomb experts carefully removed and dissected what appeared to be three pipes intricately wrapped together inside a garbage can near D St. and Ocean Ave. Only the pipe detonated, and luckily no one nearby was hurt.

A four-block area near the explosion was evacuated around scene. Roads were reopening closer to the scene around 1:30 p.m, but the beach was still off limits. The race was canceled.

Al Della Fave of the Ocean County Prosecutor's office told ABC News that the device was too sophisticated to be a trick. "We don't know what this individual's agenda is."

"Trying to see how sophisticated a device was in terms of the timing elements and everything else, that will be determined by the state police, the FBI and ATF," added Della Fave.

Bomb sniffing dogs and helicopters scanned the neighborhoods for hours as dozens of families in a four-block radius were evacuated and helpless.

"In today's age, I think we're past the point of whether it's a prank or not. I think every situation needs to be taken as seriously as possible," said David Martinez.

Suzanne Miller says she passed by the very same garbage can less than fifteen minutes before the explosion.

"This morning I happened to have been at that garbage can, and I actually threw the PopTart wrapper in the very garbage can that did blow up," says Miller.

With an estimated 3,000 people participating in this year's race, many say it's a miracle no one was hurt.

At this point, investigators are not saying whether this was just a criminal act or a terrorist act. All families are being allowed back into their homes, and they do not believe people in and around the area are currently in any danger.
Related topics:
seaside park boroughnew jerseyexplosionnew jersey news
Copyright © 2022 WABC-TV. All Rights Reserved.
TOP STORIES
Official admits police made 'wrong decision' in TX shooting
Texas survivor apologized to dad for blood on clothes, losing glasses
Massacre survivor says gunman told them: 'You're all gonna die'
16-year-old arrested after social media threat to shoot up NY school
Bank employees help kidnapped woman after she asks for loan
Summit on missing women and girls of color held in the Bronx
Thunderstorms arrive; Bethpage Air Show cancels practice session
Show More
Explosion rocks neighborhood near Philadelphia, 4 confirmed dead
NYC officials, businesses hoping for post-pandemic summer of tourism
Jersey Shore, businesses prep for busy Memorial Day weekend
NYC beaches officially open to swimmers this Memorial Day weekend
AccuWeather Alert: Heavy thunderstorms expected
More TOP STORIES News