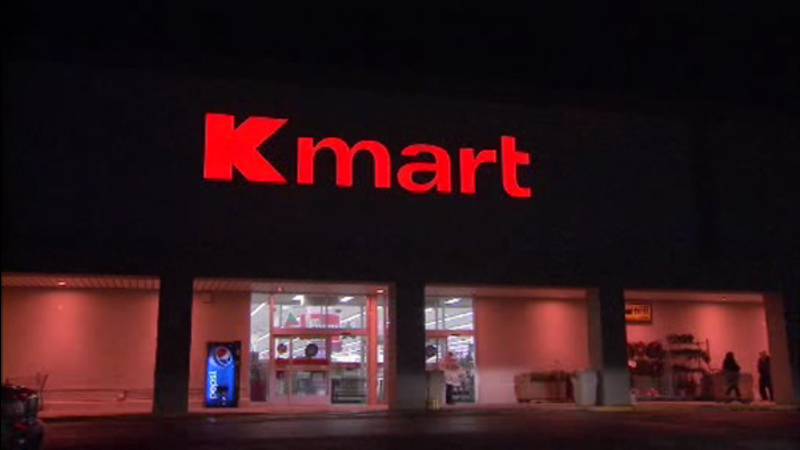 RIDLEY TWP., Pennsylvania -- A Pennsylvania mother going to the store to pay off her layaway was surprised to find a different kind of Christmas present awaiting her.

"I just never thought anybody would do something like this for me, a total stranger that doesn't even know me," Vanessa Dimento of Ridley Township, Pa. said.

Vanessa Dimento was on her way to a Kmart store to pay off the last of her layaway items.

Customers have until December 17 or items, mostly Christmas presents, are returned to shelves.

As this mom made her way to the back of the store, she ran into a woman who had her hands full.

"There was a lady that was leaving with like ten boxes and she was just saying 'thank you so much' and I was like 'what happened?' And she was like 'a Secret Santa came and paid off a bunch of layaways,'" Dimento said.

That woman walked away with nearly $1,000 in layaway items completely paid off.

An already surprised Dimento would be floored at what she'd hear next.

"She was like 'they paid your layaway off' and I was like 'what?' And I just started crying because it's something that you don't expect to happen to you," Dimento said.

Store employees say the Secret Santa is no stranger to this Ridley Township Kmart.

He's done this every Christmas for several years. He pays off layaway accounts that are nearing their payment deadline and specifically asks to pay off those with toys and other Christmas presents.

Dimento still had about $300 left to pay off.

"To have someone come in and do that, it's nice. It's a nice thing especially for the holidays," Dimento said.

And apparently this generous Christmas spirit is contagious.

"There was another lady who came and there was people in line and she went and was there to pay one person's and just paid everybody's layaway off in line; it was amazing," Dimento said.

And although her son's Christmas list is checked off, there is now one more thing she would like for the holidays

"I just want to thank that person because they don't get thanked," Dimento said.