Exclusive: Retired Greenburgh police officer speaks at sentencing of man who shot him 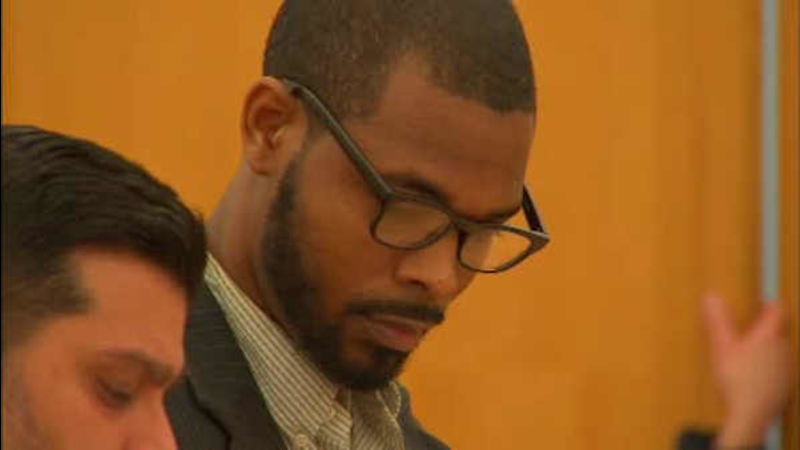 Exclusive: Retired Greenburgh officer speaks at sentencing of man who shot him

GREENBURGH, New York (WABC) -- In an Eyewitness News exclusive, we are hearing for the first time from a retired Greenburgh police officer who was shot when he interrupted a burglary in progress.

Wednesday he spoke at the sentencing of one of the men involved in the crime.

Peter Schmidt Sr. may be a man of few words..he spent more time thanking prosecutors and investigators than addressing the man who shot him.

But he's a man of action, which led to this moment in the first place. In July 2015 Schmidt, a retired Greenburgh police officer, was mowing his lawn when he went to investigate suspicious activity at a vacant house across the street.

He was shot twice. Schmidt was shot in the torso and arm in front of his sons. One of them, Peter Jr., is himself a police officer in Greenburgh.

Wednesday was sentencing day for the gunman, 35-year-old Taqiy Walton. He was sentenced to 14 years in prison.

"This event has really affected the family, being that my wife and children witnessed it, very emotional time for us," the retired officer said.

Schmidt and his son were able to provide a license plate, which led to the arrest of Walton and an accomplice.

Initially the two were charged with attempted murder. In October, the Elmsford resident pled guilty to first degree assault and criminal possesion of a weapon, sparing the Schmidts from having to sit through a trial.

"I'm just glad that the whole ordeal is over and it's come to a conclusion and hopefully we'll be able to get on with our lives," Peter Schmidt Sr. said.