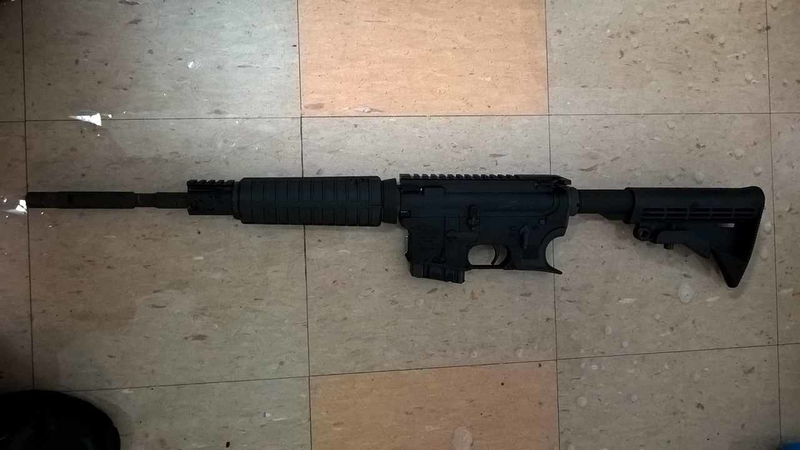 Doctor 'out for revenge' goes on shooting rampage at former workplace

SOUTH BRONX, Bronx (WABC) -- Only one of six people wounded in a shooting rampage at a New York City hospital remained in critical condition Saturday.

Bronx Lebanon Hospital vice president Errol C. Schneer said the improvement of the five others now listed in stable condition is a testament to how "heroically" staff responded to save lives when a physician forced to resign returned with an AM-15 assault rifle tucked under his white lab coat and opened fire in his old department, killing a doctor.


Dr. Henry Bello then shot himself, and staggered, bleeding, into a hallway where he collapsed and died with the rifle at his side, officials said. A photo showed the doctor on a blood-spattered floor as police stood over him.

"Many of our staff risked their own lives to save patients," Schneer told reporters Saturday at the hospital where the 16th and 17th floors remained closed.

Out of the six doctors who were injured, two were transferred to Mount Sinai Hospital for more specialized care. Three doctors and one patient are all in stable condition at Bronx Lebanon Hospital.

Medical staff at the hospital immediately treated all the patients in its emergency department. The victims largely suffered gunshot wounds to the head, chest and abdomen.

One was a patient and the five others are medical staff at the hospital, officials said. Two are medical students and the remaining are physicians.

One of the physicians underwent extensive surgeries after suffering gunshot injuries to the hand and is expected to fully recover. Another doctor is recovering after being shot in the neck.

Dr. Tracy Sin-Yee Tam, 32, of Jamaica, was killed. She had been working at the hospital close to a year, and was very "well-liked by the hospital staff," Schneer said.

Dr. Sridhar Chilimuri, the hospital's physician in chief, told reporters Saturday that Tam normally works in a clinic but was covering the shift of someone on the hospital floor.

It was unclear if Bello was shooting randomly or aiming at specific staff when he went to the 16th floor and started shooting, two years after he was forced out of the department where he had worked as a family medicine physician.

The Daily News reported Saturday that it had received an email purportedly from Bello about two hours before the rampage.

"This hospital terminated my road to a licensure to practice medicine," the email said. "First, I was told it was because I always kept to myself. Then it was because of an altercation with a nurse."

He also blamed a doctor for blocking his chances at getting a chance to practice medicine, and was forced to resign as a family medicine doctor amid sexual harassment allegations.

People described a chaotic scene as gunfire erupted, spreading terror throughout the medical facility as employees locked themselves inside rooms and patients feared for their lives after hearing an announcement warning of someone in the building with a weapon.

Shots rang out at about 2:55 p.m. on the 16th floor at Bronx-Lebanon Hospital. Law enforcement sources said Bello went to the 16th floor asking for a specific doctor, apparently to settle a longstanding grudge.

Told that doctor wasn't there, Bello responded by opening fire. He went to the 17th floor, where he encountered Tam doctor in a common hallway and fatally shot her, apparently at random. Bello attempted to set himself on fire, and shot himself in the head.

The hospital's sprinklers were activated during this time, knocking down the fire. Police found Bello lying on the floor with the assault rifle nearby.

According to New York State Education Department records, Bello graduated from Ross University and had a limited permit to practice as an international medical graduate to gain experience in order to be licensed. The permit was issued on July 1, 2014, and expired last year on the same day. Family medicine doctors handle more routine cases, such as coughs and sprained ankles.

But Bello had a history of aggressive behavior. In unrelated cases, the doctor pleaded guilty to unlawful imprisonment, a misdemeanor, in 2004 after a 23-year-old woman told police Bello grabbed her, lifted her up and carried her off, saying, "You're coming with me." He was arrested again in 2009 on a charge of unlawful surveillance, after two different women reported he was trying to look up their skirts with a mirror. That case was eventually sealed.

It was not immediately clear if the hospital was aware of his criminal history when he was hired.

The 120-year-old hospital has one of the busiest emergency rooms in New York City.