Mother of 3 killed when bullet goes through window in Queens

JACKSON HEIGHTS, Queens (WABC) -- A mother of three is dead, her body found by her 14-year-old son, after a bullet went through her apartment window and struck her in the neck early Wednesday morning.

It happened around 12:47 a.m., as the family was sleeping inside their third-floor apartment on 34th Avenue in Jackson Heights.

The victim's son woke up to the sound of the crashing window, and he ran into the room and found his mother on the ground with a gunshot wound to the head.

He called 911, and EMS responded and pronounced 43-year-old Bertha Arriaga dead at the scene.

The NYPD has released surveillance video of individuals seen in the area who they want to identify.
EMBED More News Videos

"A woman was shot, murdered, in her own home," Deputy Inspector Julie Morrill said. "We do not see anything like a shootout situation...There appears to be a theft occurring at the time, an attempted theft of a bicycle that was locked up in front of this location. The theft that was occurring ended. The bike was not taken by these perps. A shot rang out. At this time, it is still under investigation as to who fired that shot "

Neighbors and police say it's a nice residential area, and that while there have been some bike thefts, there is not much crime in general.

Police Commissioner Dermot Shea tweeted about the horrific incident saying, "This is what senseless gun violence does - it destroys families."

Last night in #JacksonHeights, a stray bullet entered a 43-y/o mother’s window, killing her & leaving her to be found by her 14-y/o child. This is what senseless gun violence does — it destroys families.

Anyone with any info about this incident please call @NYPDTips 800-577-TIPS pic.twitter.com/oksy6mV5Lr

"These individuals were on the street outside that location when the shot rang out, and any information that you can give us on them or the thefts of bikes in that area would be greatly appreciated," said Assistant Chief Galen Frierson, commanding officer of Patrol Borough Queens North.

CrimeStoppers is offering a reward of up to $10,000 for the information that leads to the arrest and conviction of the person or persons responsible for the murder. 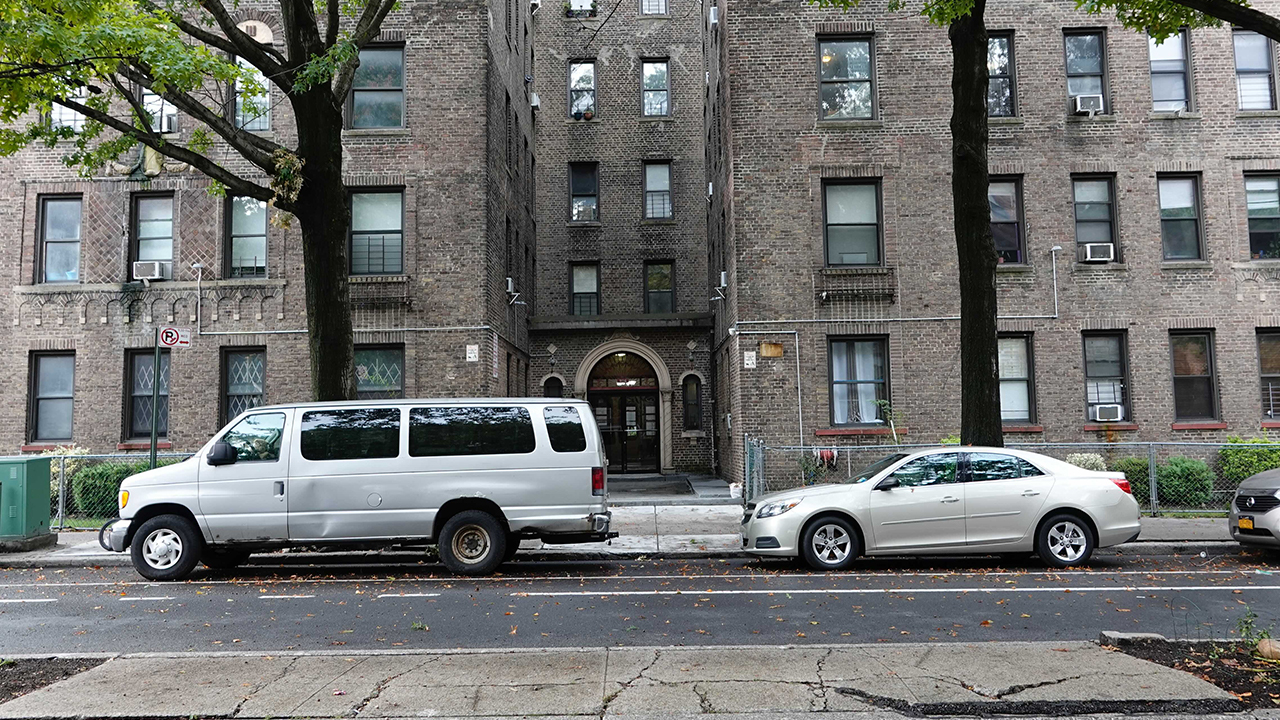 Anyone with information in regard to this incident is asked to call the NYPD's Crime Stoppers Hotline at 1-800-577-TIPS (8477) or for Spanish, 1-888-57-PISTA (74782). The public can also submit their tips by logging onto the CrimeStoppers website at WWW.NYPDCRIMESTOPPERS.COM, on Twitter @NYPDTips or by texting their tips to 274637 (CRIMES) then enter TIP577. All calls are strictly confidential.