NYPD: Motive in shooting that left 1 dead, 2 wounded near Penn Station may be drug-related 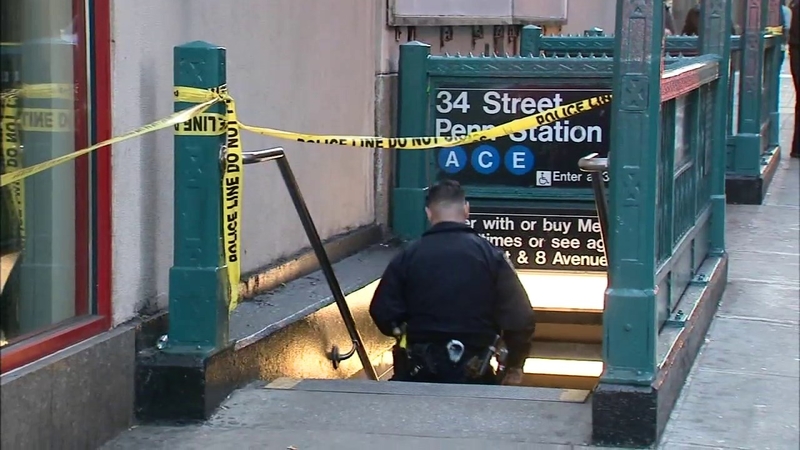 NYPD: Motive in shooting that left 1 dead, 2 wounded near Penn Station in Midtown may be drug-related

NEW YORK (WABC) -- The NYPD said it believes a triple shooting that left one dead and two others injured near Penn Station Monday morning is possibly drug-related.

The shooting happened just before 6:15 a.m. in the bottom of the subway entrance at West 35th Street and Eighth Avenue. Police said the incident actually started at the McDonald's restaurant next door.

Police said three people were sitting inside the McDonald's drinking coffee when two people -- including a heavy-set man in a black hoodie -- walked up and started talking with them. The two left the restaurant, and then the group of three left a short time later. Moments later, police said the two people followed the group of three into the subway stairway and started shooting.

In all, police said four shots were fired, and the three men were each hit.

"Right now, we believe the motive is possibly narcotics. It's an active narcotics location, we've made 52 arrests so far this year in front of and inside that McDonald's," NYPD Chief of Detectives Robert Boyce said.

Police are looking for a silver vehicle in connection with the shooting that fled north on Eighth Avenue with up to three suspects inside. 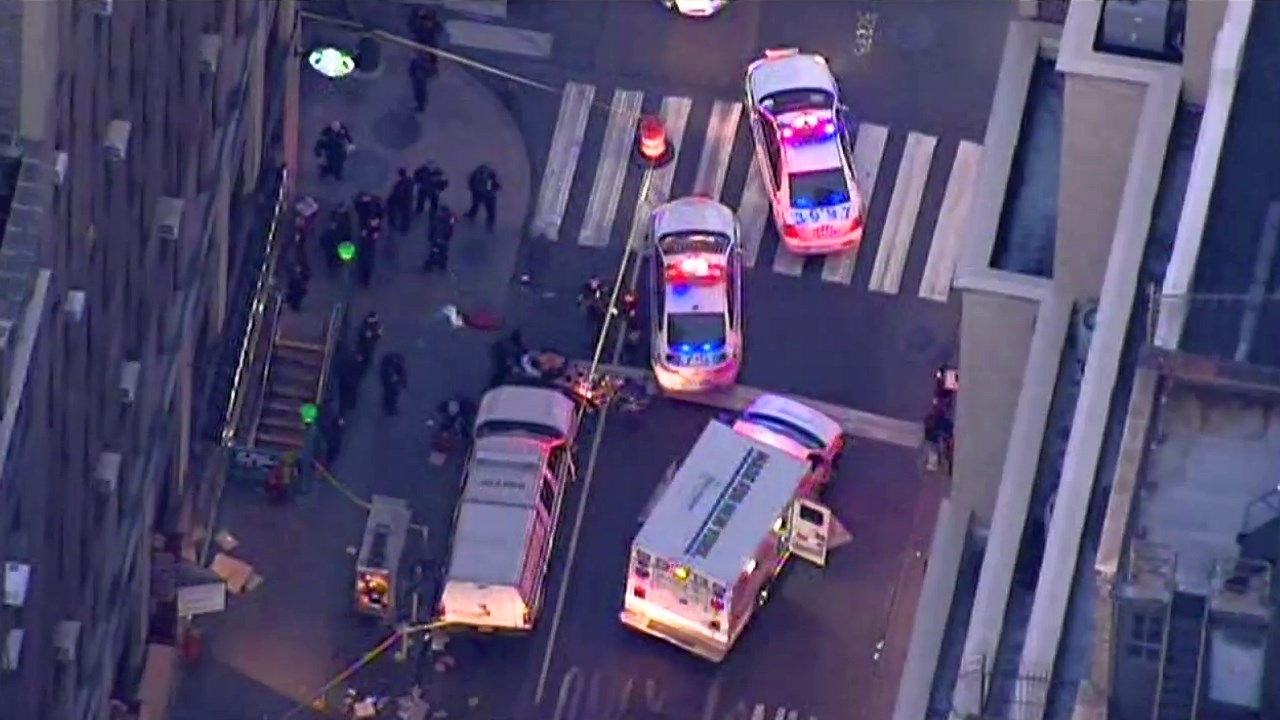 Based on surveillance from the McDonald's, it does not appear the victims knew the suspects. Investigators are checking through footage from surveillance cameras.

Police said the two men involved in the shooting had their hoods up when they were in the McDonald's, so it is going to be a little tough to identify them at this point.

Police said two of the men have been treated at a methadone clinic nearby.