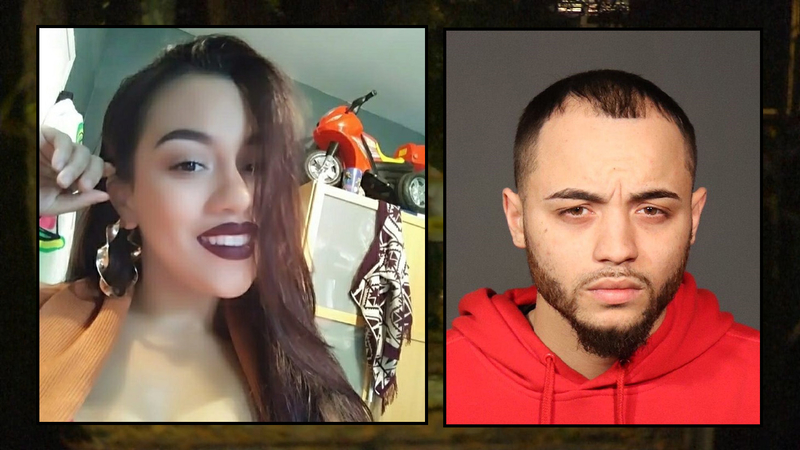 BUSHWICK, Brooklyn (WABC) -- A woman was shot to death while walking with her mother in Brooklyn late Sunday night and now the father of her children is in custody.

Sanchez was walking down the street with her mother and a male friend when police say her ex-boyfriend and the father of her two young sons, 26-year-old Gabriel Rivera, came up and started shooting.

The victim was shot several times with bullets hitting her in the neck, chest, shoulder and stomach.

The friend who was with the victim ran to the nearby 83rd Precinct to get help. Sanchez was rushed to nearby Wyckoff Hospital, just blocks away, but died 15 minutes later.

It's not clear if the shooter drove up or ran up to the group, but no one else was injured. Apparently the former couple had recently broken up.

The suspect's surrender gave little solace to Sanchez's family who say Rivera had essentially stalked the young mother for weeks and ignored an order of protection.

"You do everything that you're supposed to and then it's just not enough," the victim's aunt, Leanna Santos, said.

Rivera is charged with murder and criminal possession of a weapon.