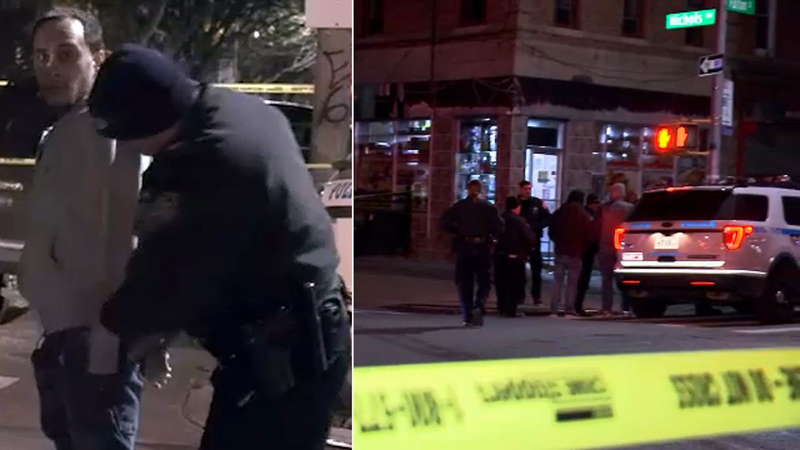 CYPRESS HILLS, Brooklyn (WABC) -- NYPD officers on routine patrol found themselves in the middle of a hail of bullets in Brooklyn early Thursday, prompting a huge response.

The gunfire erupted just before 2 a.m. after a dispute outside a delicatessen in near Nichols Avenue and Fulton Street in Cypress Hills, and at least one person is in police custody.

Officers from the 75th Precinct arrived on the scene to find bullets whizzing by from the corner bodega.

At first they thought someone might be shooting at them, which prompted a big response from the NYPD including armored vehicles, police in full tactical gear and an NYPD helicopter.

#breaking police in Cypress Hill, Brooklyn investigating shots fired in close proximity to officers during a fight in or near a corner deli at Nichols Ave/Fulton St. Nobody hurt. #abc7NY pic.twitter.com/0EWMNivAXJ

Investigators now believe this had something to do with a prior argument at the deli, and that someone may have threatened to come back and shoot the place up.

Video from the scene shows a man in handcuffs being taken into custody.

A parked SUV and other vehicles were damaged in the barrage of bullets, with shattered windows and blown out tires.

"It's bad," said Juan Pineo, whose car was damaged. "The tire got hit. The other guy got the window blown out. That's a lot more expensive to fix. These officers are out here every day. Thank God nobody was hurt."